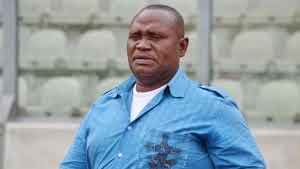 Head coach of Ghana U-20 team Jimmy Cobblah has disclosed rationale behind overlooking Ghanaian players based in Europe and professional players for West Africa Football Union (WAFU) set to kick off.

Coach Jimmy Cobblah in an interview with the media after engaging International Allies in a friendly said, the management of the Starlets did not want to disturb the foreign based players and the professional players currently rather create room for tough competition.

"This is WAFU we going for and we return with players who will be able to join the already formed team" We did not want to disturb the foreign based players and the professional players because we want to give them competition".

He added that;"We are going for the WAFU for preparation ahead of Africa cup of Nations (AFCON), however, clinching the trophy will be extra should it come our way"We will be happy for it".