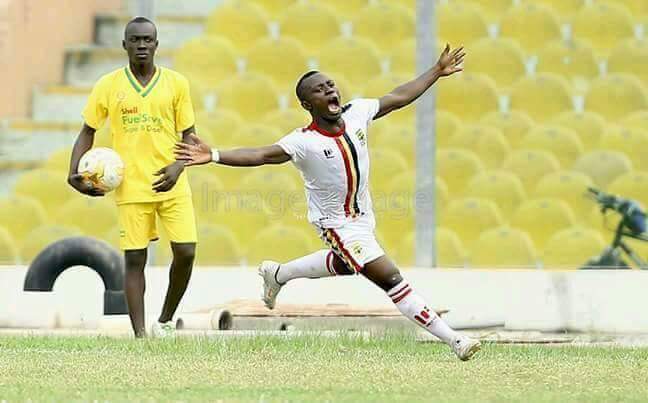 Sensational winger Patrick Razak has revealed the secret to their thumping win over Kumasi Asante Kotoko in the Ghana @60 Cup Match.

Accra Hearts of Oak beat Kotoko in the first leg of the tie 3-1 to take an early advantage. Kwame Kizito, Thomas Abbey and Patrick Razak scored for Hearts of Oak with Awal Mohammed grabbing the consolation goal for the porcupine Warrior.

Patrick Razak was adjudged Man of the Match and he walks away with a NASCO television set. The winger who was in terrific form all throughout credited his team mates for their work ethic and says it was a major factor in their win today.

“I want to thank my team mates for the efforts they put in today. Kotoko and Hearts of Oak game is not an easy game but we were well prepared, tuned our minds to beat them and we did that,” he said.

“My secret was to work hard and I was determined to score a goal and that was what kept me going.”

The Ghana Premier League returns next weekend with Hearts at home to league leaders WAFA.