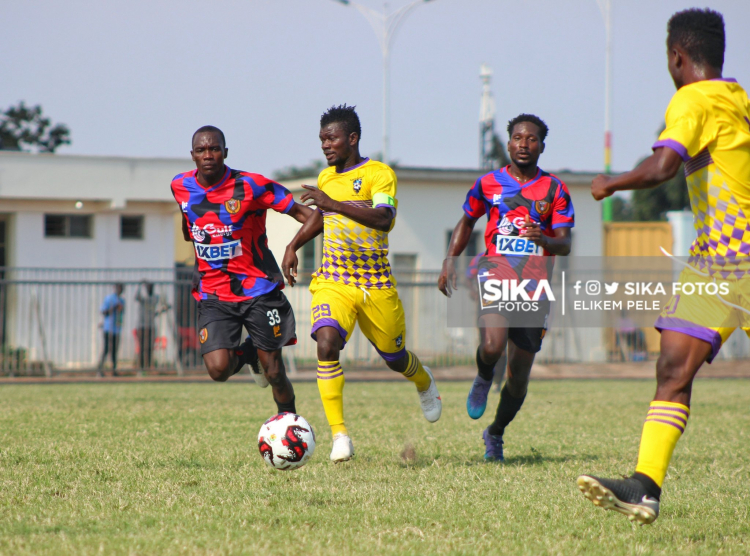 Medeama SC midfielder, Kwesi Donsu has said they were determined to secure all three points against Legon Cities.

In the matchday 1 games of the 2022/23 Ghana Premier League, the Yellow and Mauve side were hosted at the El-Wak Stadium on Sunday.

However, Kofi Asmah scored the only goal of the game as David Duncan's secured their first win of the season.

Kwesi Donsu, speaking in an interview said they were determined to beat Legon Cities after losing to them last campaign.

"It wasn't an easy game based on the fact that it was a season opener, we went into the game with the idea of picking all points at stake. We were determined to win and it paid off for us," he told Union FM.

"Last season, we lost 3-1 to Legon Cities at their home grounds, so going into this game we were poised to change the narrative and with determination, we were able to win," he added.

Medeama will host Real Tamale United [RTU] in the matchday 2 games at the Akoon Park while Legon Cities travel to play Tamale City at the Aliu Mahama Stadium.