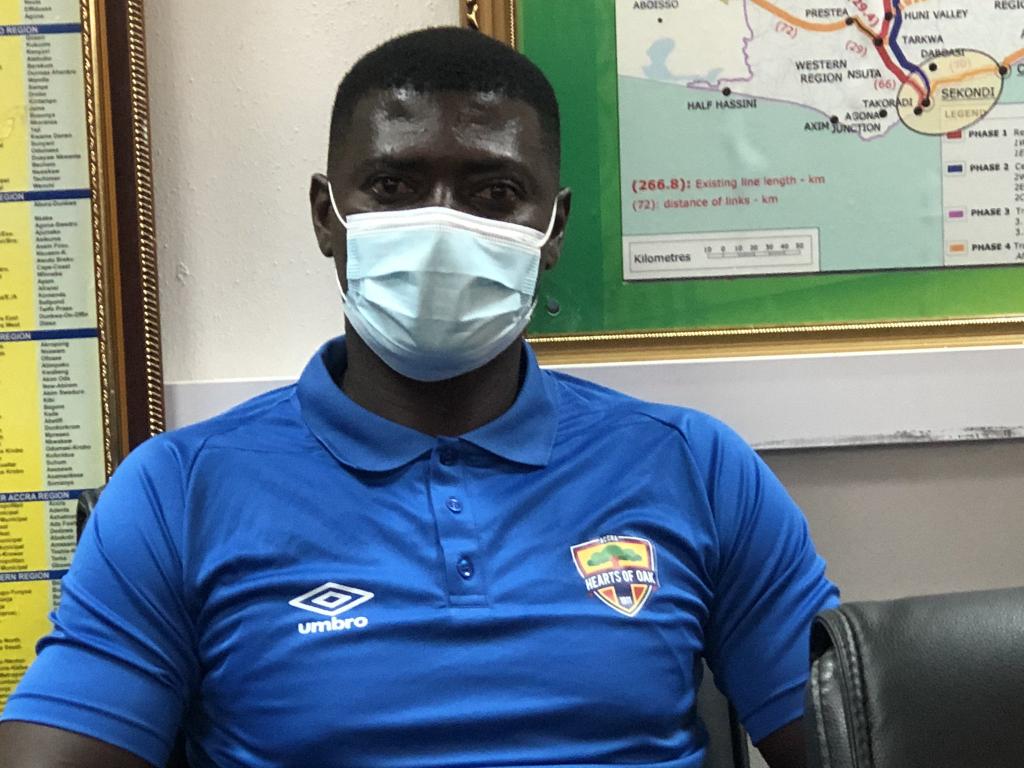 Hearts of Oak head coach, Samuel Boadu is aiming for a quick recovery against King Faisal this weekend.

The Phobians were tamed by Dreams FC in their matchday 22 games at the Theatre of Dreams at Dawu.

Ali Huzaif connected the opener after the Phobians failed to clear his header in the 51st minute.

The Phobians were dealt a big blow when six minutes into the second half, Nuru Sulley was given the marching off orders after sending a poor tackling on Dreams FC winger, Emmanuel Ocran.

The home side left it late to increase the tally on the 93rd minute to eventually seal the victory.

Speaking after the defeat, the former Medeama SC gaffer has already set his sight on securing all three points against King Faisal in their matchday 23 games at the Accra Sports Stadium.

“We have to take it like that, there are three things in football, it’s either you win, lose or draw.”

“We are going back home to correct the mistake we made in conceding these goals.”

“We were playing well but unfortunately we had a red card and it also affected us in our play. Our transition and everything change.”

“The last goal was very bad but I am not disappointed. They did well, play to satisfaction but missed chances, unfortunately”, Boadu added.

Hearts of Oak are still fourth on the league table with 34 points from 22 matches.