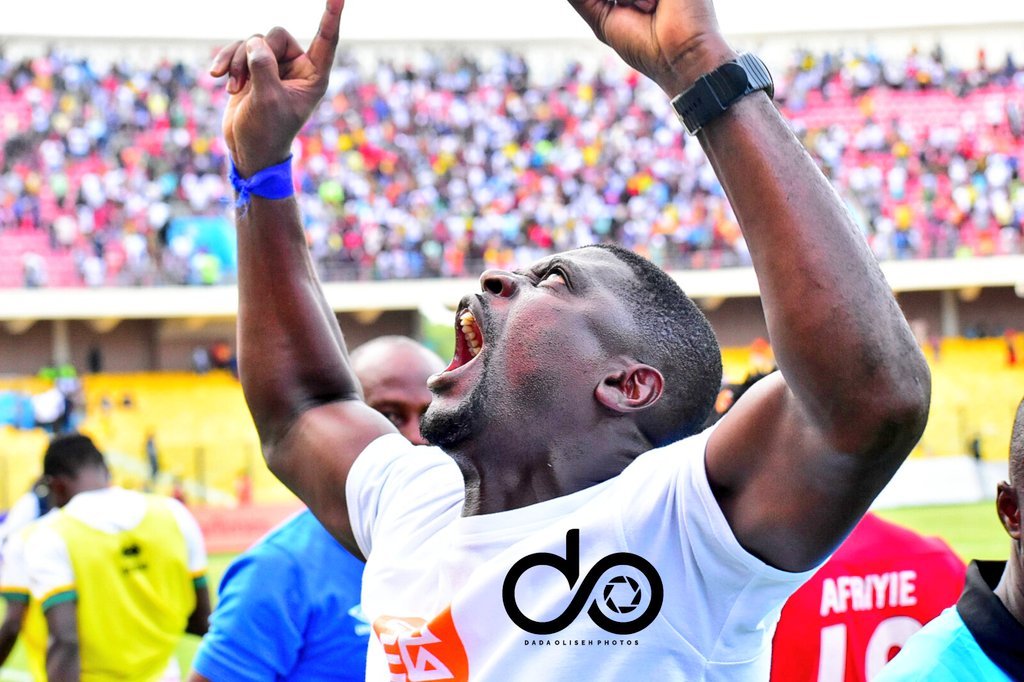 Hearts of Oak head coach, Samuel Boadu says he is confident his players will continue their impressive form against Ebusua Dwarfs.

The Phobians will be hosted at the Cape Coast Stadium in the matchday 32 games this weekend.

Samuel Boadu's men have been impressive in the ongoing season recording 10 matches unbeaten.

Hearts of Oak sit on top of the league log with 59 points following their win over Asante Kotoko last week at the Accra Sports Stadium.

According to Boadu, the win against the rivals is history and will now have to concentrate on winning the game against Dwarfs in Cape Coast.

"We played Asante Kotoko and the job was well executed and as it stands, it's history," he said ahead of the game on Sunday.

"We are playing Ebusua Dwarfs and that is what we have to concentrate on and make sure we get all the three points," he added.

Hearts of Oak are on course to win their first Premier League in 12 years under Samuel Boadu.