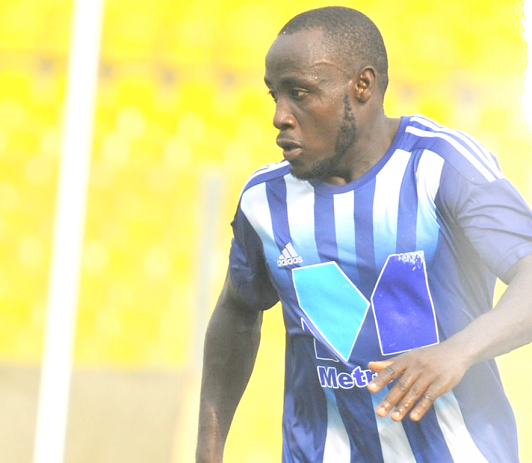 Accra Great Olympics striker Abel Manomey is confident of the team's rise in the Ghana Premier League as they seek to use Kotoko as a springboard.

The Dade Boys are expected to open match week 14 with a tough test against Kotoko at the Accra sports stadium on Saturday.

Manomey who just returned from injury after an impressive start to the season with struggling Olympics, fired a warning at the Kumasi giants.

“Of course it is a difficult match but we will definitely use Asante Kotoko to rise up, its unfortunate we are not winning matches and it is a worry to we the players but we are hopeful that come what may on Saturday we will defeat Kotoko in Accra.”

He continued: “We don’t know what the problem is, we kept on pushing but the goals don’t come but we pray we hit the scoring sheets again since management have signed some other strikers to augment the team.” he told Sportsnetghana.com

Olympics are 14th on the log sheet with 11 points in the ongoing campaign with Manomey bagging in five goals.