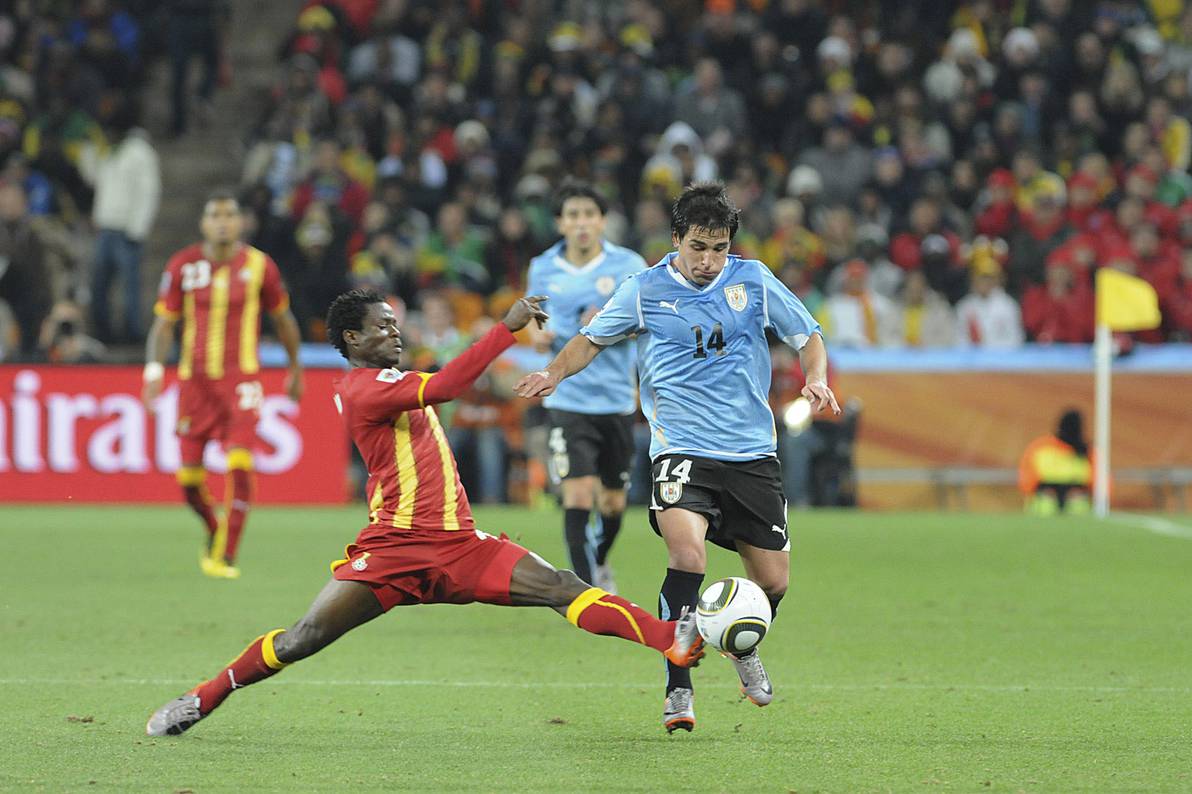 The sky blue will face rivals in the Qatar 2022 group stage that it eliminated in the 2010 and 2018 World Cups. We review the sky blue history against them and that of each of the rival teams.

The illusion grows to the rhythm of the handle in which we enter to see Uruguay qualified for a new World Cup. Since the qualifying win against Peru -which secured the passage-, we begin a countdown that, despite its slowness, is enjoyable because it invites us to work on memory and rediscover ourselves with pleasant memories that help speed up the clock.

The chance of the draw put the team led by Diego Alonso in group H along with Portugal, South Korea and Ghana. Known rivals that La Celeste left behind in the kills of the last editions. Recent past that inflates our chest and makes us want to repeat.

There were four previous meetings in the maximum event against these three opponents. Uruguay registers three wins and one draw. But, precisely, that solitary equality is one of the most remembered recent feats in these latitudes. The causality indicates that in all these aforementioned meetings the coach was a certain Óscar Washington Tabárez.

The Asians will be the first rival in Qatar, on November 24 at 10:00 at Education City. Previously, there were two World Cup clashes.

In 1990, La Celeste won in the hour in the city of Udine with a goal by Daniel Fonseca, which served to advance to the quarterfinals as one of the best third parties. The gossips say that the agonizing conversion that stretched the Uruguayan stay in Italy should have been invalidated due to advanced position. Times without VAR and go on, go on.

The last clash was in 2010 for the round of 16 of the highly-remembered World Cup in South Africa. Luis Suárez was the great figure of that match, which he converted at 8 'and at 80' for the 2-1 win. In addition to the Pistolero , Fernando Muslera, Diego Godín and Edinson Cavani are the ones who could repeat that rainy day that drenched the 30,597 spectators who were present in Port Elizabeth.

South Korea made its World Cup debut in 1954 with a 9-0 loss to Hungary. In that tournament he finished in last place, with 16 goals conceded in two games. He returned to Mexico in 1986 and since then has had a perfect presence, although he only advanced to the stage twice: in 2002, when he co-organized with Japan, and in 2010. At home, he achieved fourth place, his best historical position.

On November 28 at 4:00 p.m., Alonso's team will meet the Europeans in Lusail in the second match of the group stage.

The last World Cup match for Cristiano Ronaldo and his band was, precisely, against Uruguay. A hot night in the beautiful city of Sochi witnessed Cavani's brace, which he scored at 7' and 62' for the 2-1 light blue that eliminated the European champion.

Portugal debuted in the top event in 1966, when it achieved its best position -third place- enjoying an outstanding Eusebio, the tournament's top scorer with nine goals. He then participated six more times, generally finishing below the tenth step, except at Germany 2006 where he finished fourth.

The final match of group H will be on December 2 at noon in our country at the Al Janoub stadium.

Remembering the last confrontation seems redundant. There is no inhabitant of the Eastern Republic of Uruguay who does not remember the afternoon of July 2, 2010. Everyone knows where they were, with whom, how they celebrated and even what they ate. Unforgettable. Forlán's goal, Suárez's hand, Asamoah Gyan's penalty and that Loco Abreu stung her. There are recorded hugs that make you smile just thinking about them.

Andrew Ayew, who will surely be on the payroll for Qatar, is one of the survivors of that squad. Ghana is currently the lowest ranked team (60) in the FIFA ranking of the 29 that have their place secured for 2022.

He only participated in three World Cups: 2006, 2010 and 2014. Seventh place in South Africa was clearly his best result.

Only twelve teams qualified for Qatar were present in the last three World Cups: Uruguay, Brazil, Argentina, Germany, Spain, Switzerland, Portugal, England, France, Japan, South Korea and Mexico. Australia could be added if it achieves its qualification with consecutive defeats to the United Arab Emirates and Peru.

If we take the 13 teams on this list, there are four that have made it through the group stage from South Africa 2010 to date: Uruguay, Brazil, Argentina and Mexico. No Europeans are registered, which clearly shows how difficult it is to stay competitive in this type of tournament.

Even if we make a general table by points of the last three World Cups, Celeste ranks third along with Brazil with 31 points, only surpassed by Germany (38) and Argentina (32).

The biggest win was 8-0 against Bolivia in Belo Horizonte in the 1950 World Cup and the biggest defeat was 6-1 against Denmark in Mexico 1986.