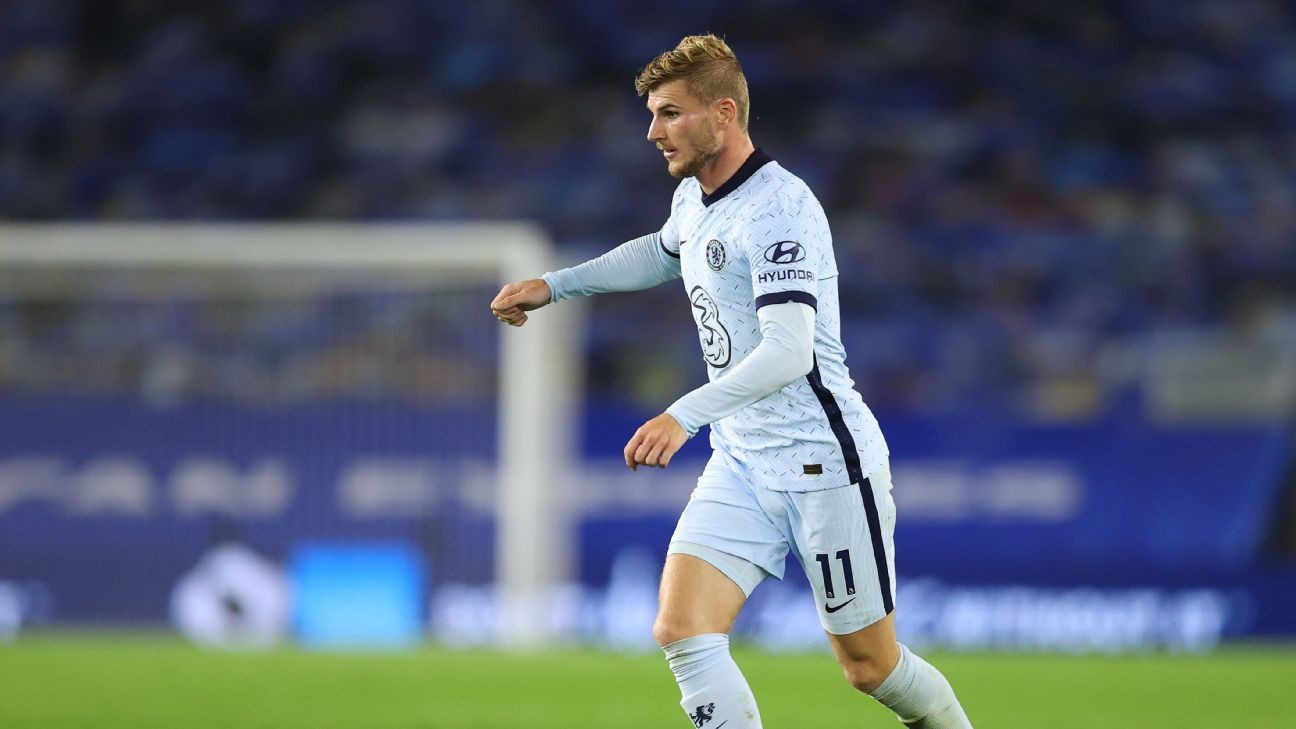 Timo Werner has said he made the right decision to choose Chelsea over Liverpool as the two clubs prepare to face each other in the Premier League this weekend.

Werner, 24, moved to Stamford Bridge this summer in a deal worth £47.6 million after months of speculation linking Werner with a move to Anfield.

Reports in Germany suggested Liverpool boss Jurgen Klopp spoke directly with Werner in an attempt to convince him to move to Merseyside, only for the club to opt against putting in a formal offer due to concerns over the financial implications of COVID-19.

Chelsea pounced on Liverpool's hesitation and rather than wait for a change of heart, Werner agreed to the transfer, declining to play in the Champions League knockout stages for RB Leipzig in an effort to make a strong start in English football.

The striker is set to lead the attack when the teams face each other on Sunday.

"When I decided to leave Leipzig, I talked to different clubs, of course," Werner said in a news conference.

"Next to Chelsea, there were some other clubs I talked to. But for me I don't want to talk so much about other clubs because at the end I decided for Chelsea.

"There are some other clubs like Liverpool, they have a great team and maybe I could fit good in some other team but in the end I decided for Chelsea because it was the best decision I could take, not only because of the style of football but also what they have shown me.

"I think it was a hard decision but I am very, very excited and proud and happy that I decided like this. When I'm here now for maybe two months, it feels right. It feels very good. The team is brilliant.

"We have some very good but always calm players. It is fun to play here at Chelsea, to be part of the team. We can do very well with this team in the next few months and years."