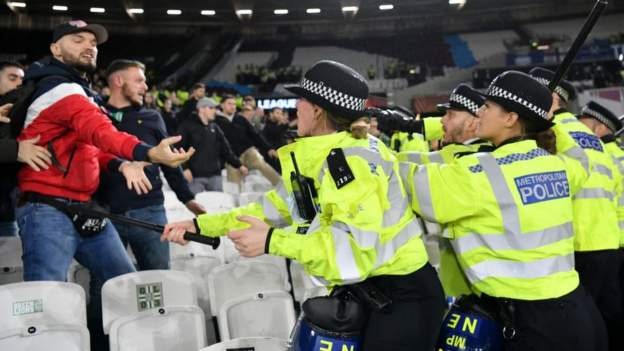 West Ham and Manchester United have both been fined by Uefa for trouble during European games in September.

The Hammers must pay 60,000 Euros (£50,567) after both sets of fans threw objects during their 2-0 victory over Rapid Vienna in the Europa League.

It followed visiting supporters jumping over barriers to goad their West Ham counterparts at the London Stadium.

United were charged for fans throwing objects and invading the pitch in their Champions League win over Villarreal.

Cristiano Ronaldo scored an injury-time goal at Old Trafford as the hosts came from behind to triumph 2-1 in Group F.

Meanwhile, Arsenal Women have been warned for their team's improper conduct during a 4-1 defeat by Barcelona in the Champions League.