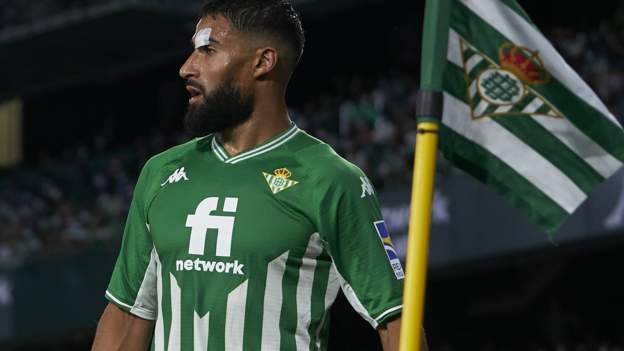 An iconic green and white kit. A large and passionate fanbase. An intensely hostile rivalry in a football-obsessed city. The similarities between Real Betis and Celtic leap out.

Betis, who owe their colours to Celtic, face a Scottish team for the first time when they welcome Ange Postecoglou's men to Seville for Thursday's Europa League Group G opener.

For Celtic, it is an emotional return to the city of their agonising 2003 Uefa Cup final defeat to Porto.

What can the Scottish club expect on as they bid for a first-ever victory on Spanish soil?

How good are Betis?

Betis have found themselves in their city rivals' shadow in recent years. When Sevilla were winning the Europa League in 2014 - their first of three successive triumphs - Betis were plummeting to relegation from La Liga.

Yet the clubs are of similar stature and it is Betis who boast the larger fanbase - only the big three of Barcelona and Real and Atletico Madrid have a larger average attendance.

The arrival of former Manchester City and West Ham boss Manuel Pellegrini revived Betis' fortunes last season. Inheriting a squad that had finished 15th, he led them to sixth place - the club's joint highest finish in 16 years - and European football for the first time since 2018-19.

So, the sixth best team in Spain, they must be pretty formidable? They are certainly solid, with Pellegrini adding defensive strength and, typically of a Spanish side, Betis are technically adept and possession based. Their status as third seeds in Celtic's group understates their quality.

However, Betis' exploits last season's were viewed as an overachievement in Spain. It's also a benchmark that could prove difficult to repeat with a Lionel Messi-less Barcelona not the only La Liga club feeling the financial pinch.

Pellegrini has bemoaned his lack of spending power, with £3m defender German Pezzella his only summer signing to cost a fee. However, Portugal international goalkeeper Rui Alves was snared from Granada on a free, while Arsenal full-back Hector Bellerin and Real Sociedad striker Willian Jose arrived on loan.

The latter two made their debuts on Monday as Betis prepared for Celtic's visit by winning 2-1 at Granada for a first La Liga victory of the season at the fourth time of asking. Their only defeat so far came by a single goal at home to Real Madrid.

Sergio Canales scored a superb 89th-minute winner in Granada and, along with French forward Nabil Fekir, is the main danger to Celtic's hopes of a first away group-stage success since the stunning defeat of Lazio almost two years ago.

At age 30, former Real Madrid and Sociedad attacking midfielder Canales is playing arguably the best football of a career stunted by injuries. The 10-cap Spain international is the team's creative force, contributing 10 goals and six assists in the league last season.

French forward Fekir is a more erratic talent, but the 28-year-old - a World Cup winner in 2018 - has the pace and flair to unnerve Celtic's defence.

However, Pellegrini's men haven't exactly made a flying start this season, and their defensive upheaval is an area Celtic will look to exploit.

The departures of Emerson Royal - to Spurs via Barcelona - and Aissa Mandi mean half of last season's regular back four has gone. Centre-half Marc Bartra also looks set to miss out after going off injured against Granada, while Alves has usurped Claudio Bravo and Joel Robles as number one, so the hosts will line up with a new-look rearguard.

An emotional return to Seville will have to wait for Celtic fans, with a late U-turn from the Spanish authorities meaning away supporters are not permitted in the Benito Villamarin Stadium.

Still, the Glasgow club are assured of a warm welcome in the city where their 80,000-strong travelling support in 2003 made a big impression with the locals.

That strengthened bonds between the clubs stretching back to Betis' early years. One of the Andalusian cub's founders, Manuel Asensio Ramos, returned from a spell studying in Glasgow having become a Celtic fan and adopted their green and white colours for Betis.

With European football a rare treat for Betis fans, exciting is building. The club reached the Europa League last 32 in 2018-19, and last 16 five seasons earlier, but have never gone beyond the quarter-finals in their 10 campaigns in continental competition.

Even with no away supporters, Betis' home ground is set to welcome one of Spain's biggest post-pandemic crowds when Celtic visit.

"It's allowed to be 60% capacity, which is quite high because we've been having 20-40% in La Liga games," says Mark Sochon of the La Liga Expert website. "They're expecting more than 30,000 so it will be a good atmosphere.

"It's a shame there won't be a full house with loads of Celtic fans as that would have been special."

Can you name Celtic's team from their 2003 Uefa Cup final against Porto in Seville?