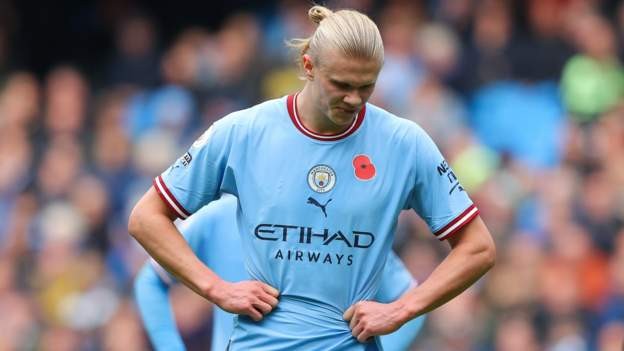 The Premier League has come to a halt in order to give way for the first winter World Cup in Qatar.

The top level of English domestic football will resume on 26 December - but until then, clubs are having to adapt in this most unusual of seasons.

We contacted all 20 Premier League clubs to ask what their plans are for the season break. Here's what they will be up to while Gareth Southgate's England and Rob Page's Wales aim for World Cup glory…

Do players get an extended break?

Several clubs have sent players whose nations did not qualify for Qatar for a break. At Manchester City, players are off until 5 December on holiday - they'll keep their fitness topped up, but there will be no official training.

This is a theme at other clubs; Newcastle United have given their players time off, although they will not be completely switched off - players are given a less intensive regime to work on to keep fitness.

Newcastle manager Eddie Howe has spoken about the break being a 'mini pre-season' as he looks to replicate last January, when a mid-season break to Saudi Arabia helped galvanize their rise away from relegation and superb form this campaign which has taken them to third in the table.

At Brighton, players are off training until 28 November, while those at Brentford have an extra two days - they return on 30 November.

Everton players, meanwhile, will be given a short break after they return from their winter tour to Australia, with full training resuming in early December.

Managers have spoken about the need to balance taking advantage of the season break to give players a rest, while ensuring there is no holiday hangover come 26 December.

At his first news conference as Wolverhampton Wanderers manager, Julen Lopetegui said: "It's good now to enjoy with the World Cup, to rest a little bit, and to work one month and come back again."

For some clubs, a holiday for players has been more enforced as they are still finalising plans for the break. Crystal Palace told BBC Sport a mid-season tour and training dates are still being planned.

This is also the case with Southampton, where the sacking of Ralph Hassenhuttl has thrown their break plans up in the air. New manager Nathan Jones said after the defeat by Liverpool they were still planning in a trip away and some friendlies.

Newcastle are hopeful of keeping the momentum from their strong start to the seasonWho is going where?

Premier League clubs will be going to the four corners of the earth during this break, with many players who aren't at the first Middle Eastern World Cup still to be found in the area.

Reigning champions Manchester City will be at a warm-weather training camp in Abu Dhabi, with World Cup absentees Erling Haaland and Riyad Mahrez the two most notable names.

Haaland has said he wishes he could be at the World Cup but because Norway failed to qualify for the tournament, the 22-year-old will use the break to recharge for the rest of the Premier League season.

"I wished I played in the World Cup of course, but that's the reality now. I will relax my body and my mind a lot and then I will train," he said.

Haaland will be using the interval to recharge and have a break from competitive football - despite the attempts of non-league Ashton United to sign him on loan.

City will be back training in the UK from 12 December, but they will obviously not know the exact dates World Cup players will return until their teams are eliminated.

That is the same across all the Premier League clubs who have players who could be representing their countries in the World Cup final just eight days before domestic duties restart.

At Chelsea, for example, manager Graham Potter spoke of the need to be adaptable as well as use the break to recover from injuries and take stock of the season.

"I think it will be beneficial," said Potter following their Premier League defeat by Newcastle. "We will have a lot of players away so we have not got too many to work with but at the same time, we all need a change in environment and that will be helpful.

"We have to use it as that. We have to think about it as a positive in that regard. There are a lot of games to go, there is a lot of football to be played, we need to reset, regroup, re-energise and start again."

The members of the Liverpool first-team squad who are not at the World Cup will spend 12 days in the United Arab Emirates, with their domestic schedule now paused until the Carabao Cup tie at Manchester City on 22 December. Leicester City will also be at a warm-weather camp in Abu Dhabi, before playing at least one behind-closed-doors friendly.

Newcastle meanwhile will be returning Saudi Arabia from 4-10 December, including playing Al Hilal in Riyadh on 8 December.

Roberto de Zerbi's reduced Brighton squad, after their break until late November, will go for a training week in Dubai at the beginning of December, which will include at least one friendly.

BBC Sport also understands Wolves will be going to Dubai in early December, with at least one friendly there, however their recent change of manager means details are still to be finalised.

Reports had suggested they would be travelling to Turkey for a friendly against Serie A leaders Napoli, however the sacking of Bruno Lage and the protracted amount of time it took to appoint Lopetegui looks to have changed matters.

Away from the Middle East, Manchester United have arranged a mid-season break to Spain for the players not on World Cup duty. They are warm-weather training in Cadiz for a week.

Leeds United are also expected to head to Spain for seven days following a week of holiday for the players not at the World Cup. This is the majority of the first-team squad - they have three players at the World Cup; USA duo Tyler Adams and Brenden Aaronson plus Denmark's Rasmus Kristensen.

Jesse Marsch's side were thinking of having a fortnight's break followed by a camp in the USA, BBC Sport understands, but that was shelved.

Brentford will also be training in Spain, while Fulham are heading to Portugal for a week.

Mohamed Salah may feature in Liverpool's friendlies after Egypt failed to qualifyAre there any more matches scheduled?

As well as warm-weather training, Liverpool will play Lyon and AC Milan in a friendly tournament called the Dubai Super Cup.

Arsenal will also compete in the tournament with two fixtures at the Al Maktoum Stadium, against the same French and Italian opponents. The two English giants will not face one another.

Gunners manager Mikel Arteta said of the friendlies: "It's an easy trip as one of the biggest sponsors we have in Emirates is part of it, plus we've been there and know the facilities and it's a really good environment to work.

"The weather is spectacular and then the World Cup is so close, so for any player that is around there, it is so easy to get them back straight away. I think it ticks all the boxes that we need.

"It's not really different to any summer when there is a European competition or a World Cup. You start pre-season and in the first three weeks there are six, seven sometimes 10 players that are not participating because they have played competitions with their national teams, and here is going to be the same. The thing is after the World Cup to the first competitive match, that turnaround is really, really short."

Manchester United are playing two friendlies - away to Cadiz on 7 December, then Real Betis on the 10th in Seville

Everton are playing two games in the Sydney Cup - they face Celtic on Sunday, then Western Sydney Wanderers next Wednesday.

Back in the UK, Crystal Palace will host Brazilian side Botafogo at Selhurst Park on 3 December. The match will be the first time the club has played a top-tier Brazilian side.

Aston Villa are committed to playing in a friendly at Cardiff on 30 November, which is tribute game for the late Peter Whittingham, who played for both clubs. They've also announced one at Villa Park against Villarreal - new manager Unai Emery's old club - on 15 December.

Leeds face Real Sociedad at Elland Road on 16 December and will then have another at home the following midweek against yet-to-be confirmed opponents.

Also on 16 December, Nottingham Forest have a friendly arranged against Valencia at the Mestalla Stadium. They will also face Olympiakos, the other club owned by Evangelos Marinakis, on 10 December in Athens as part of a Greek winter training camp.

Newcastle are playing Rayo Vallecano on 17 December, while Premier League rivals Fulham and West Ham United will meet at Craven Cottage on the same day.

West Ham, after returning to training on December 1, will also be playing two further friendlies - League One side Cambridge United, then an as-yet-unconfirmed team, likely to be European opposition away.

Other clubs will not be playing friendlies in the final run-up to the resumption of domestic action. BBC Sport understands Brighton were planning a pre-season friendly at home before the restart, but their Carabao Cup fourth-round match against Charlton on 20 December has seen those plans shelved.

Brentford Community Stadium also serves as home of London IrishWhat goes on behind the scenes?

Premier League football clubs are much bigger operations than just on the field of play. None of the clubs BBC Sport spoke to are shutting down for any part of the break.

Some are using the pause to promote their women's teams. Arsenal played Manchester United at Emirates Stadium on 19 November in the Women's Super League, and Chelsea faced London rivals Tottenham at Stamford Bridge the following day.

Fulham women played at Craven Cottage for the first time, when they took on AFC Wimbledon, and Newcastle women have a fixture at St James' Park on 22 November.

For other teams it is a useful opportunity to work on matters away from the field of play. Brighton are upgrading their branding and signage at the Amex, while work starts on a new hospitality area near the tunnel with seats behind the dugout, plus new food and entertainment areas around the stadium.

Brentford's stadium, meanwhile, is very much still in use during the break, as it is also home to the London Irish rugby union team.

The Premier League may be on pause - but its clubs are definitely not.