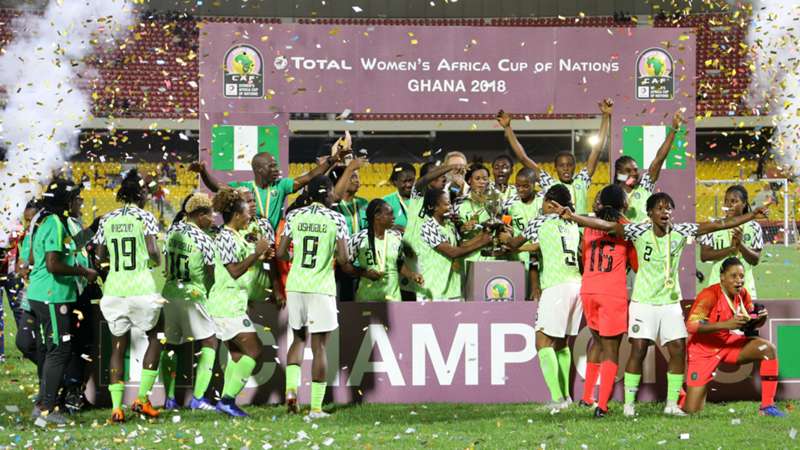 The Confederation of Africa Football has alloted two slots to the WAFU B zone in the maiden Caf Women's Champions League, Goal can authoritatively report.

In September, the African governing body confirmed eight clubs will take part in the final phase of the inaugural women's club competition, following its inauguration of the championship in June.

Caf had also announced that six zones will go through the qualifying playoff round to produce a team each, joining the champions of the host nation, and then the eighth team will be chosen by a wild card.

"Each of the Six Caf Zones will organize qualifiers to determine the finalists for the eight-team tournament," Caf wrote on its website.

"However, for subsequent editions, the host country will have only one representative whilst the Zonal Union of the defending champion will qualify two teams.

"The format of the competition, the eight qualified teams will be drawn into two groups of four teams each in accordance with the regulations."

However, Caf has now decided to cede the wild card to Wafu B, as the region of the Africa Women's Cup of Nations title holders, which will see the zone parade two teams in the final phase.

"The qualifiers will be organised by the 6 zones recognised in Caf statutes," Goal revealed the news from Article 12 of the Caf Women’s Champions League 2021 Regulation.

"Each zone will qualify one team to the final tournament and the zone of the team holder of the title will engage two teams (the holders of the title in addition to another team).

"For the 1st edition seeing that there is no holder of the title, the zone of the country holding the title of the Women's Africa Cup of Nations will engage two teams.

"Seven teams will qualify to the final tournament in addition to the champion team of the host country who is automatically qualified."

Nigeria will pick its representatives through a six-team championship playoff, which will be held from April 19 to 25 in Ijebu-Ode, Ogun State.

Goal had broken the news that Morocco, who are the hosts of 2020 Africa Women's Cup of Nations will also double as the host of the maiden Caf Women's Champions League this November.