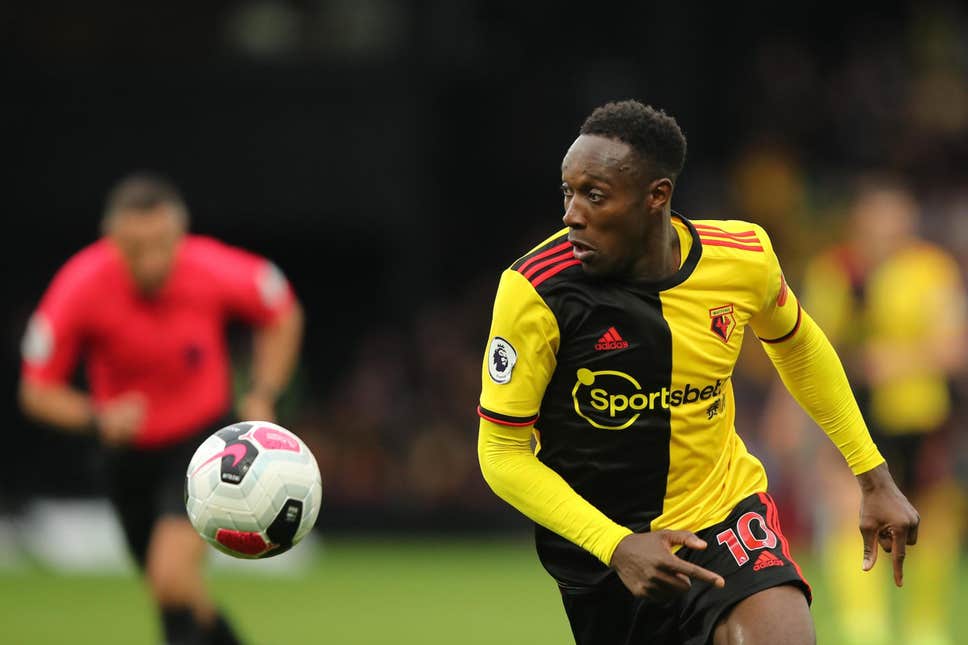 Watford striker Danny Welbeck should be back in action soon

After signing for Watford last summer, Danny Welbeck’s personal quest to find a true home entered a new chapter. Welbeck has a strong work ethic and a determination to succeed, but his dreadful run of luck with injuries has stymied every attempt to get back into a Premier League starting XI on a regular basis.

Meanwhile, his last Premier League goal came way back in August 2018, rounding off the scoring in added time as Arsenal beat West Ham 3-1:

Caption:  Welbeck joined Arsenal from Manchester United in 2014, scoring eight goals across all competitions in his first season with the North London club.

Patience needed – to a finite extent

In order to figure out whether or not the current setup is working for him, Welbeck needs time on the field to begin with. However, Watford as a whole do not have the time to experiment for the sake of variety. As such, Welbeck’s teammate and positional rival Troy Deeney is Watford manager Nigel Pearson’s default pick to start up front, and with some justification.

Prior to Watford’s shock 3-0 win over Liverpool on 29 February, Deeney had netted three goals across Watford’s previous five home league matches, with two of those being second-half penalties that demonstrated his excellent composure. In the game itself, he was the central prong of a lethal trident, with Gerard Deulofeu and Ismaila Sarr either side of him.

Deulofeu and Sarr themselves also need a familiar focal point. The latter man in particular needs to build up some good form through this relationship – especially for anything AFCON-related, with international football betting odds for the next AFCON finals set to name Sarr's native Senegal as one of several outright frontrunners once live.

Where next for Welbeck?

In a macabre twist, Welbeck is only likely to get serious playing time at Watford in his natural position if the Hornets end up relegated. Even then, such an event would see a raft of players inevitably leave, giving Welbeck a lesser calibre of allies on the wing, and perhaps a rookie or two behind or alongside him in the frontline.

Nobody can say with certainty what will happen to Watford next, but the upcoming summer window is likely to be Welbeck’s last chance to make the right call. If it does become an option open to him, Welbeck would be well advised to sign for a club that could fit him into a 4-4-2 system – or similar.

The likelihood of Welbeck entertaining a move abroad appears slim, especially if he is still liable to shun offers from abroad, as he reportedly did last summer. Assuming that Welbeck will not go abroad under any circumstances, a move north of the border into Scotland could prove to be a good compromise.