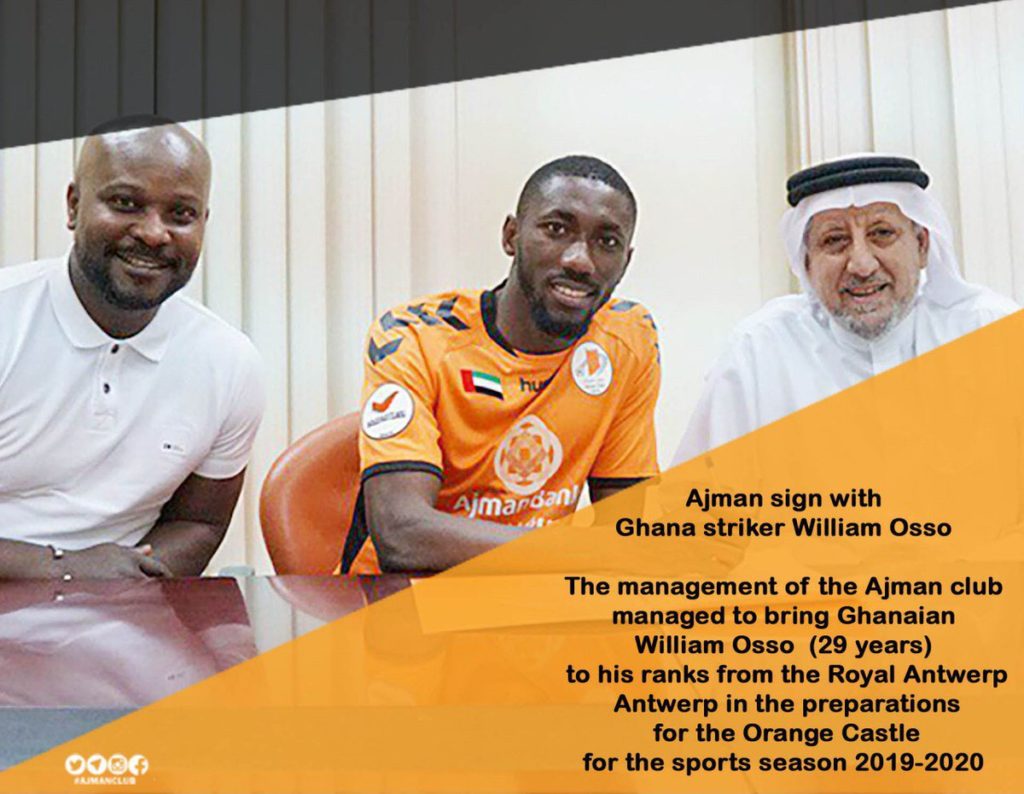 Ghanaian forward William Osso found the back of the net twice on Wednesday when his Ajman side drew 2-2 with Al Nsour in a friendly game played at the Rashid Bin Saeed Stadium.

The two teams have had decent campaigns in the ongoing season and are making preparations for their respective eight-round matches of the Arabian Gulf League.

Testing their strength in a warm-up game, they appeared to have the power and ended up sharing the spoils.

At the end of the day, William Osso bagged a brace to help Ajman come from behind and drew two-all with Al Nsour.

In the next round of matches in the Arabian Gulf League,  Al Nsour will play against Al Dhafra with Ajman set to come up against Kalba Union.