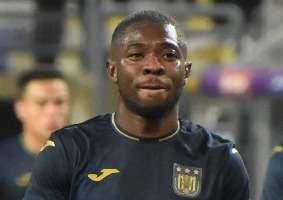 It has been revealed that Anderlecht winger Francis Amuzu was close to joining Club Brugge when he was a youngster.

At the age of 14, he was been chased by PSV and Anderlecht. He even had conversations with Peter Verbeke who was working with Club Brugge but Francis Amuzu selected Anderlecht instead.

The 22-year-old winger, who is frequently lambasted for his inefficiency, scored a fantastic hat-trick against Antwerp on Sunday. There has been much discussion concerning his future since then.

Amuzu would have steadily fought for a spot at Lotto Park, where he would be a dominant player. However, he is considering moving in order to gain more playing time. Despite not starting regularly coach Vincent Kompany likes and recognizes his ability.

The Anderlecht winger is under contract until the middle of 2024.