Rahman has been consistently linked with an exit from Chelsea and given the ex-Juventus manager’s love of the 3-5-2 formation, he has now turned his attention to Rodriguez who might fit the system.

Rahman is rumoured to be on the way out of Chelsea with Lazio rumoured to have lodged a €13m . 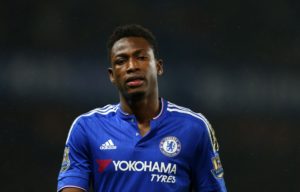 At the moment, the inexperienced Baba Rahman is probably best-suited to the role of left wing-back, though it is thought that the Stamford Bridge outfit are interested in Ricardo Rodriguez.

Despite being just 23 years of age, the VfL Wolfsburg defender already boasts 40 caps for Switzerland, helping them to keep two clean sheets in three games at Euro 2016.

The Blues signed the aforementioned Baba for an initial £14 million, rising to a potential fee of almost £22 million but he hasn’t really left an indelible impression.