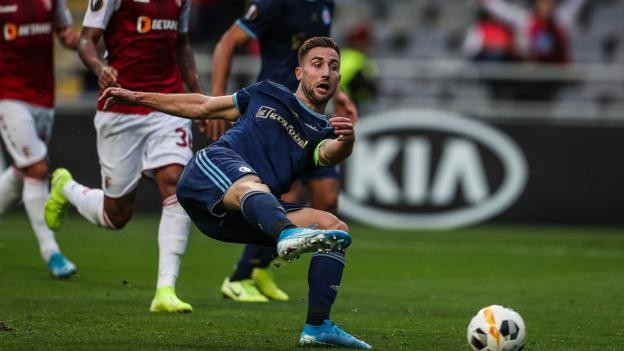 Wolverhampton Wanderers will play their Europa League game at Slovan Bratislava on 24 October behind closed doors.

Uefa dismissed the Slovakian club's appeal after they were charged over fans making racist chants in a play-off game against PAOK of Greece.

Slovan have confirmed on their website that only spectators under the age of 14 will be allowed in the stadium.

This is the second Europa League game Slovan have been forced to play behind closed doors this season.

Their opening 4-2 win over Turkish side Besiktas saw around 5,000 children allowed in the stadium following Uefa disciplinary action.

On that occasion Uefa fined Slovan Bratislava £82,500 (91,750 euros) for charges including fan disorder.