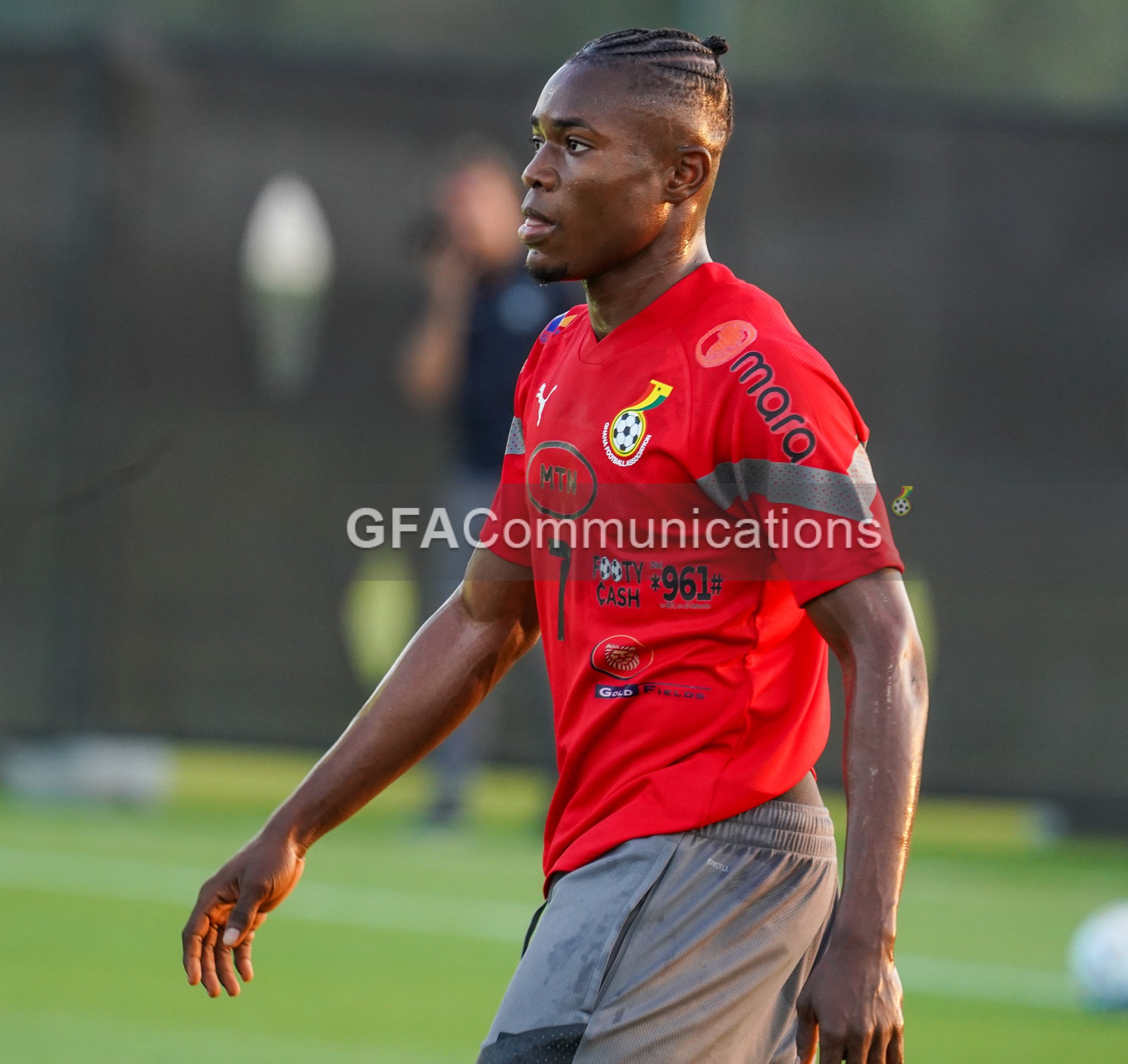 Sporting CP forward, Abdul Fatawu Issahaku could claim his own slice of history if he makes an appearance for Ghana at the FIFA World Cup "Qatar 2022".

The wunderkind is in line to become the youngest Ghanaian to play at the Mundial if he takes to the pitch in any of Ghana's games.

At 18 years, he is already the youngest Ghanaian to be named to the country's senior men's national team World Cup squad.

Playing in Qatar would cap a meteoric one-year period for the youngster who has become one of Coach Otto Addo's trusted wingers.

In 2021, after winning the Africa U-20 Cup of Nations with the Black Satellites, Fatawu was linked with several European teams, some of them Liverpool, Bayer 04 Lervekusen, and Sporting CP.

In October 2021, Issahaku joined Dreams FC in the Ghana Premier League from Tamale-based club Steadfast FC on a loan until 2022. In the same month, he was included in The Guardian's "Next Generation 2021", and was described by them as "arguably the best African prospect of his generation".

In April 2022, he was signed by Sporting CP on a five-year contract with a release clause of 60 million euros.

This brought finality to rumors of him joining Sporting CP on loan from Liverpool and other transfer saga rumors Prior to signing officially Issahaku had been at the club since February and had been training with the U-23 side.

As he was an underage player at the time, and with the season already ongoing, he couldn't be registered with the first team until the 2022–23 season, then, he began to train with the B team until available to play for the professional team.

Ahead of the 2022–23 season, Issahaku was named to the squad for pre-season training and a tour for the first team. He was involved in the team's preparations prior to the start of the season playing his first pre-season game against Belgium side Royale Union.

On August 7, 2022, he was named on the bench for the first match of the season. The following weekend he made his debut after coming on in the 80th minute for Francisco Trincão in Sporting CP's 3–0 victory over Rio Ave.

However, he has struggled for game-time this campaign making a combined five appearances as a substitute for Sporting in the Liga Portugal and UEFA Champions League.