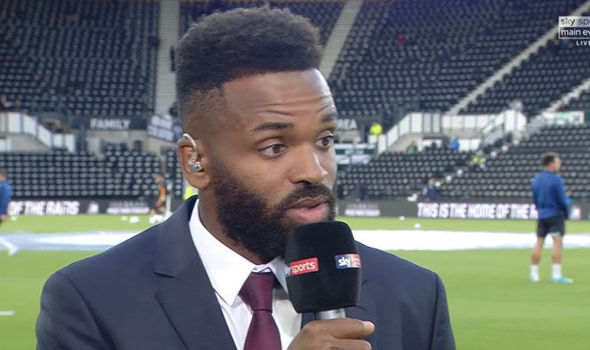 Former England striker, Darren Bent has reacted to the penalty incident in the Ghana versus Portugal clash in the 2022 FIFA World Cup on Thursday evening.

According to him, Portugal should have never been awarded a penalty kick.

The Ghana national team today locked horns with the Portuguese opponent to fight for points in Group H.

Before the game kicked off at 16:00GMT, the first Group H game between South Korea and Uruguay had ended in a goalless stalemate.

As a result, the winner of the Ghana v Portugal game was destined to go top of the Group H standings.

After recess, as many as five goals were scored with Portugal getting the better of Ghana.

The 2016 European Champions took the lead in the 65th minute when poster boy Cristiano Ronaldo scored from the penalty spot.

Reacting to that penalty incident, Darren Bent posted on Twitter, “Never a pen.”

Ghana must now prepare well to win the next match against South Korea on Monday, November 28.