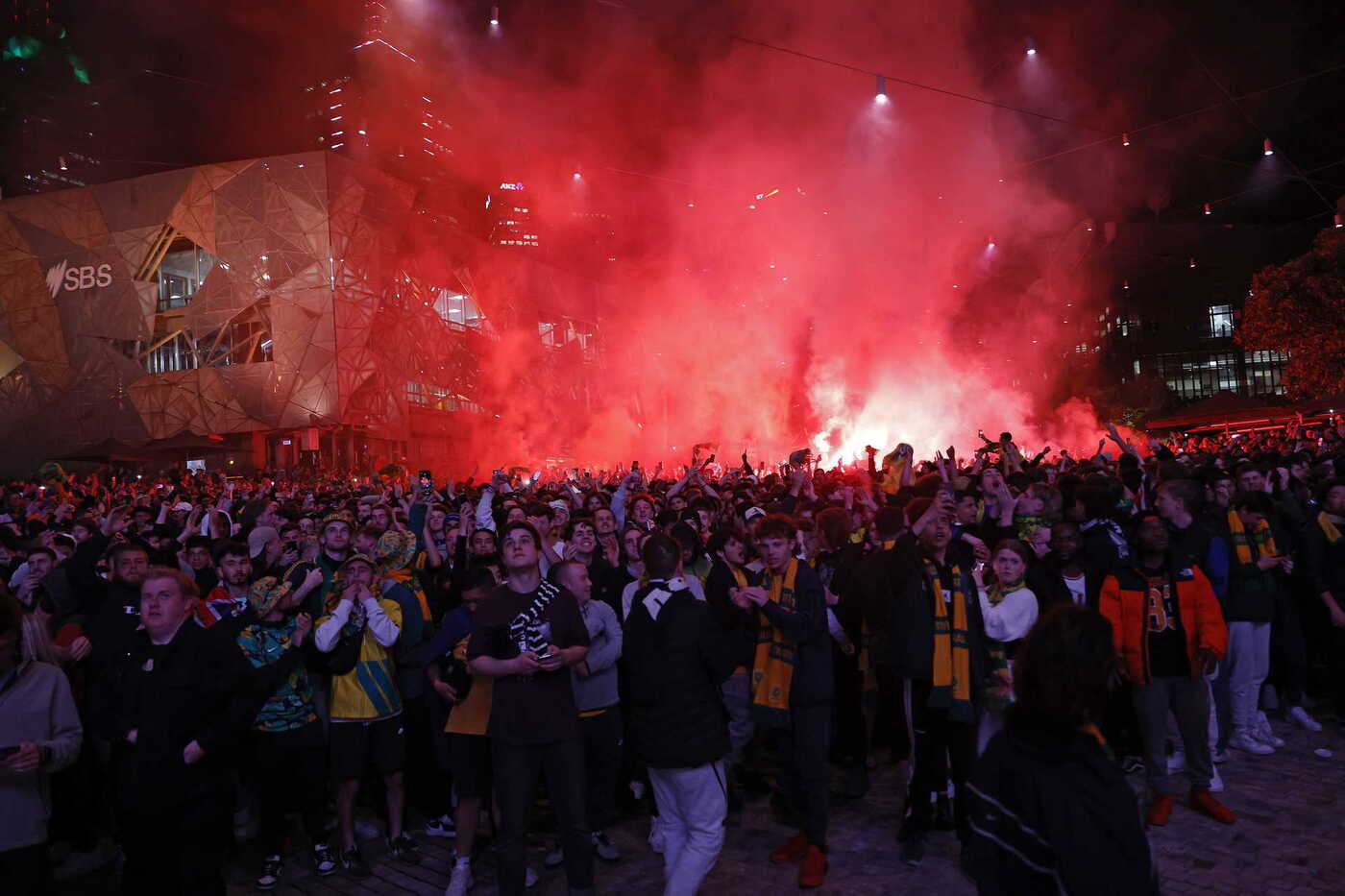 Australia qualified for the round of 16 of the 2022 World Cup by defeating Denmark 1-0 and joining France, which was beaten 1-0 away by Tunisia.

In the last round of Group D, a goal by Matthew Leckie in the 60th minute clinched the victory for the Socceroos, who finished second in Group D, with the same six points as leaders France, who were beaten by a goal by Wahbi Khazri in the 58th minute.

After the match, Australians in Qatar and at home celebrated wildly.

Below are the pictures: 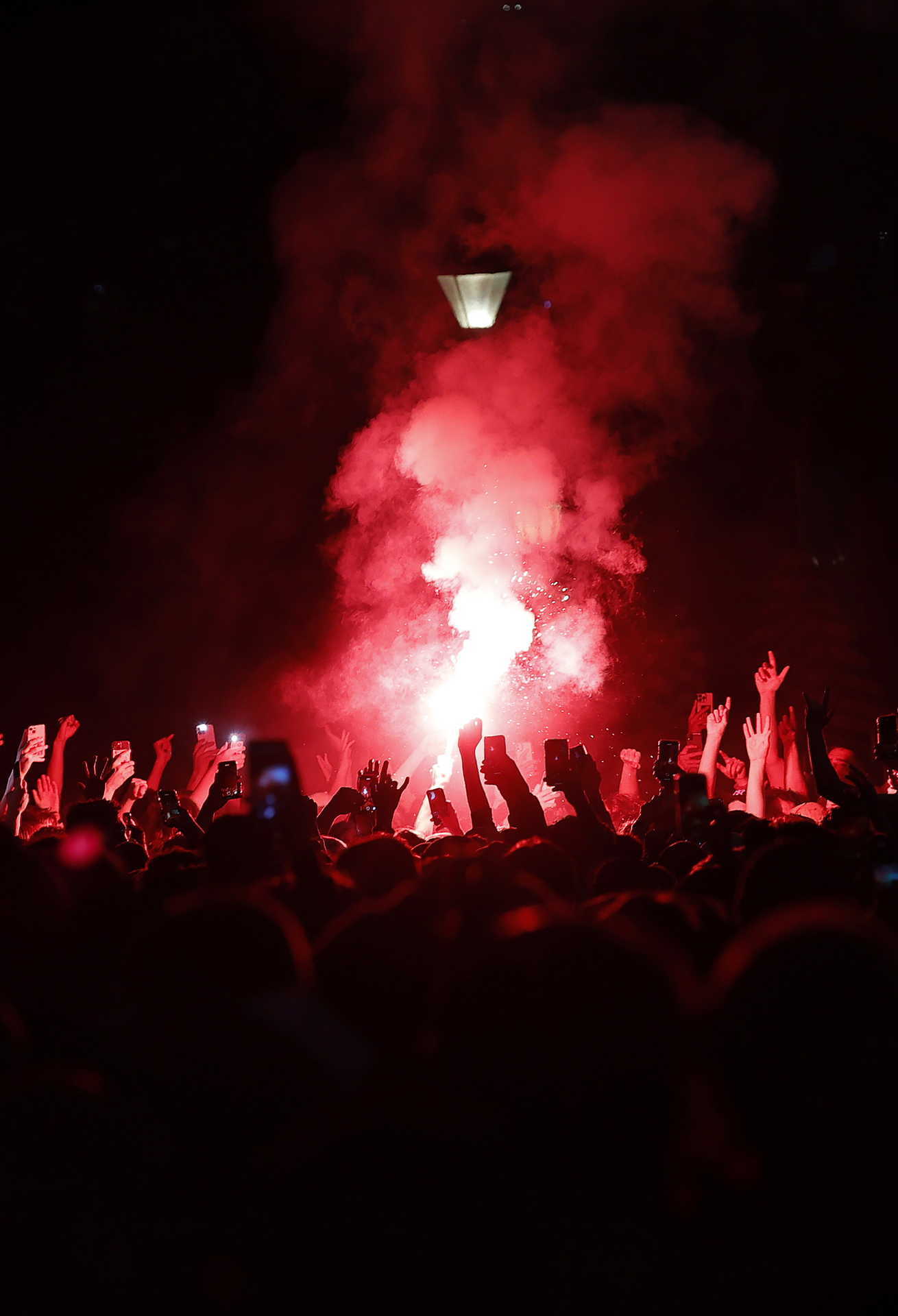 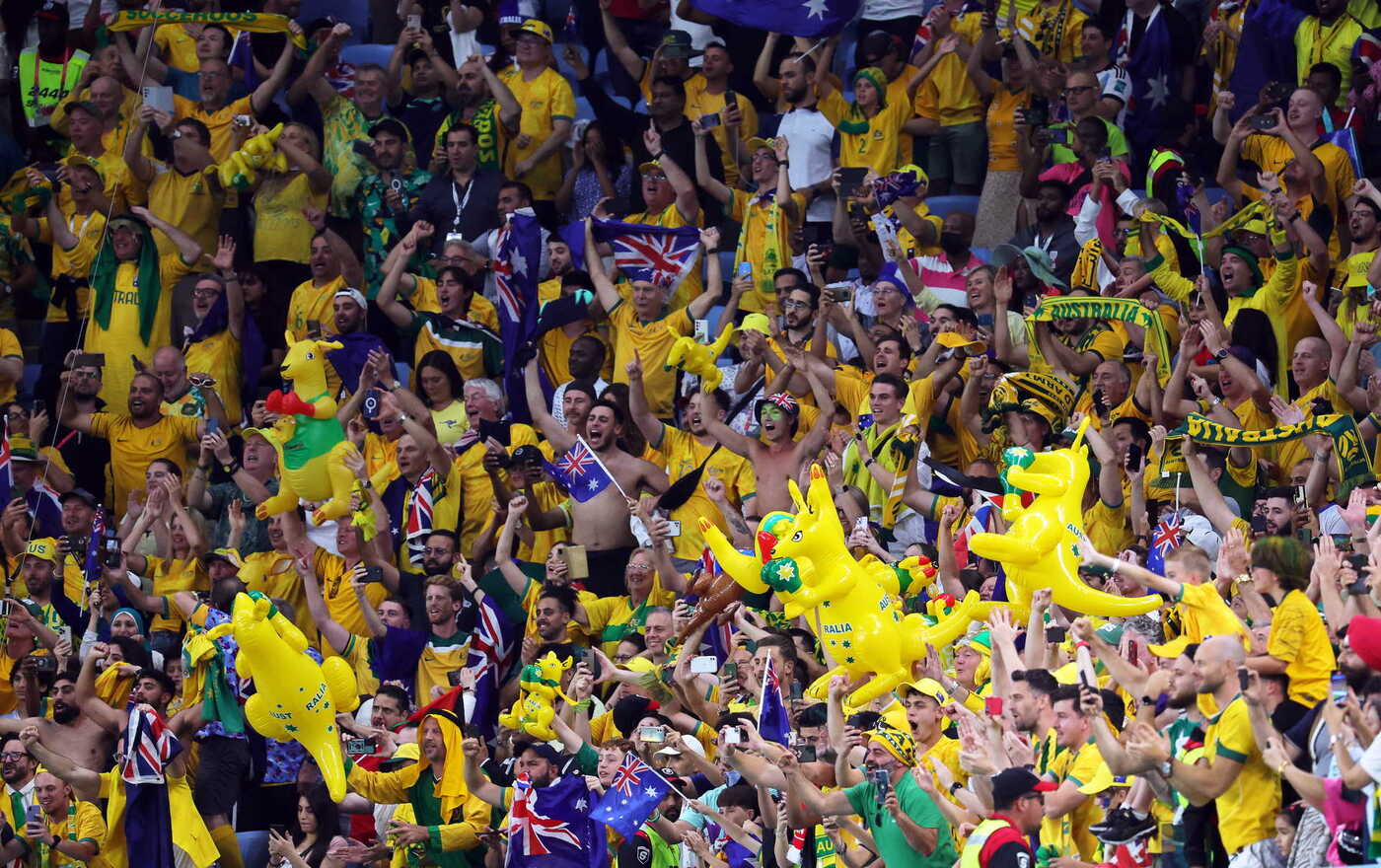 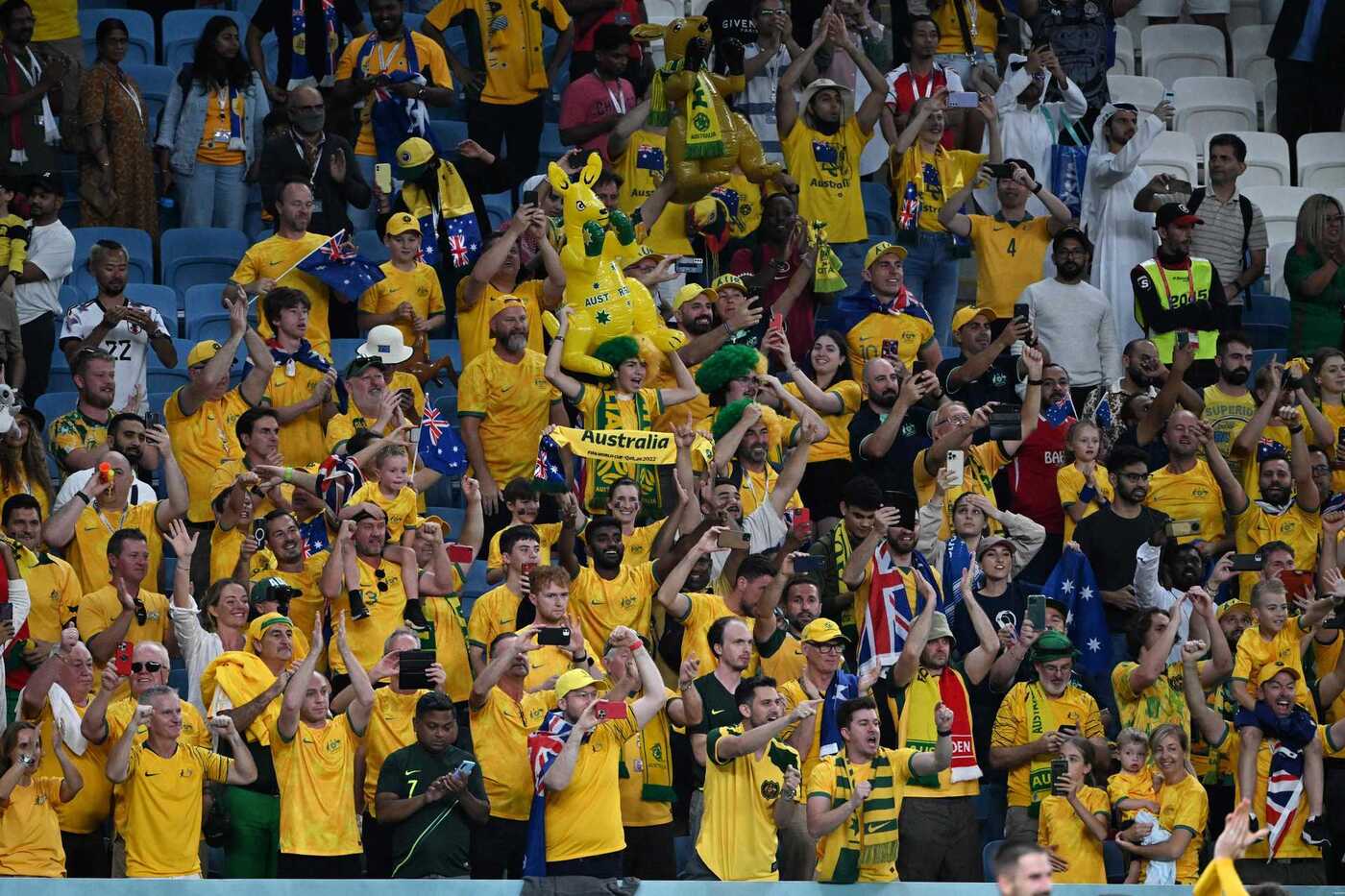 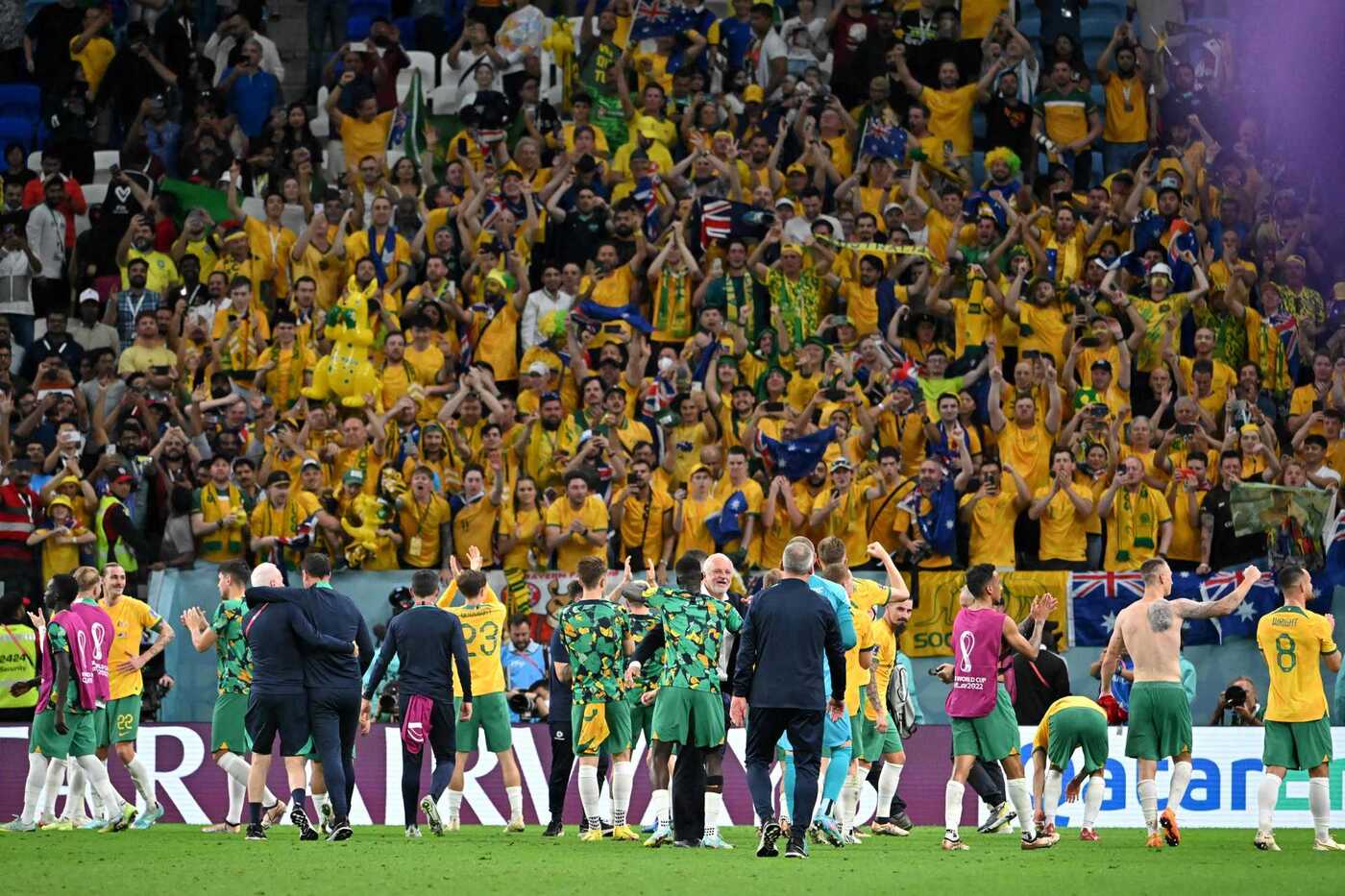 Australia's fans cheer with their players as they celebrate winning the Qatar 2022 World Cup Group D football match between Australia and Denmark at the Al-Janoub Stadium in Al-Wakrah, south of Doha on November 30, 2022. (Photo by Alberto PIZZOLI / AFP) 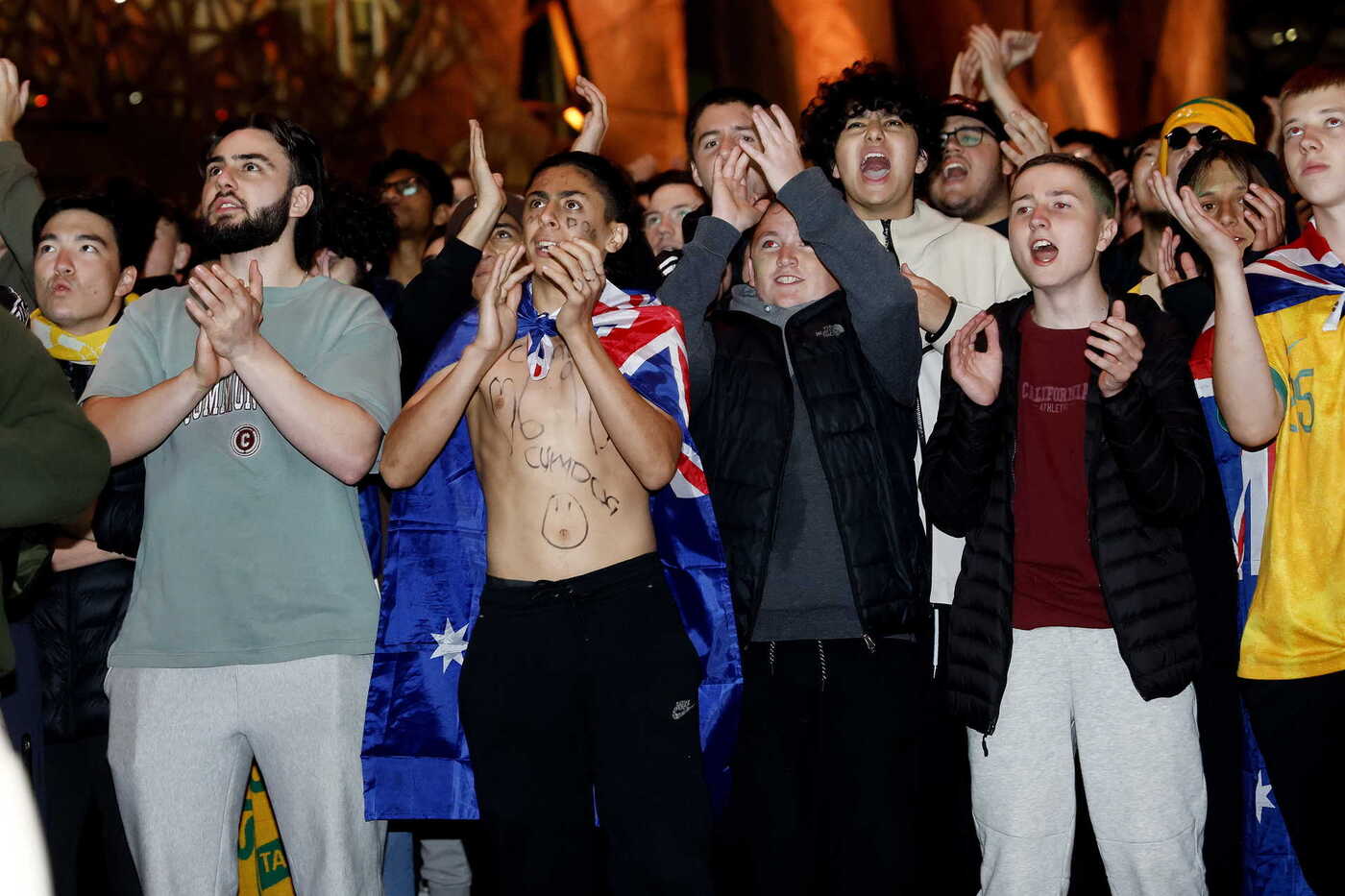