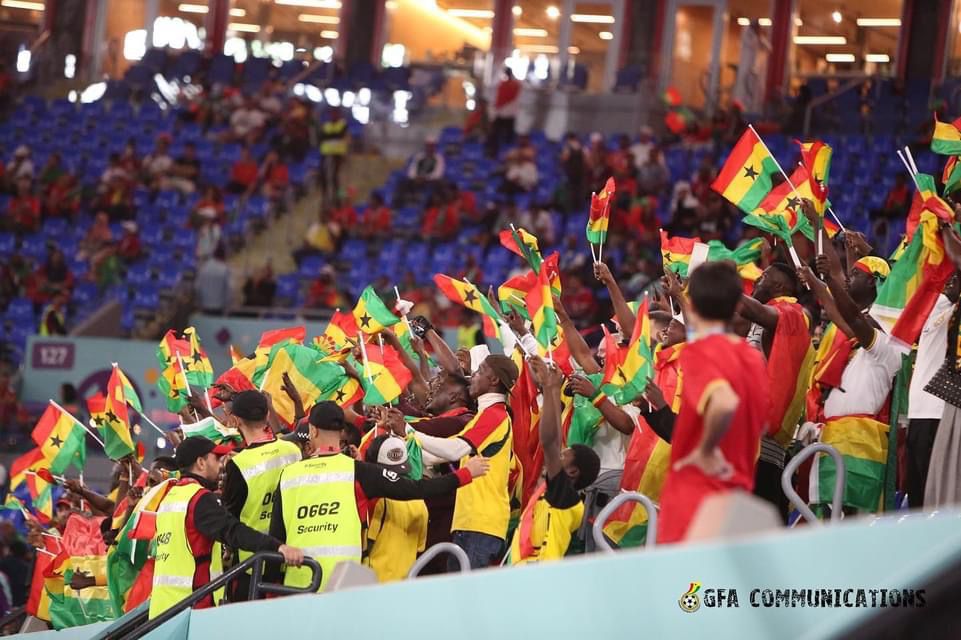 Black Stars head coach Otto Addo has praised fans for the special atmosphere created despite their 3-2 defeat to Portugal in their 2022 World Cup opener.

Cristiano Ronaldo opened the scoring for Portugal via the penalty spot after the recess but Ghana improved after the goal and scored the equalised through skipper Andre Ayew from close range.

Portugal responded with two goals in two minutes to seal the points - Joao Felix converting a delightfully clipped finish and substitute Rafael Leao coolly stroking in just seconds after coming on. Osman Bukari headed in a late consolation for Ghana and there could have been real drama in the ninth minute of stoppage time.

"No matter where we go and in whatever situation we find ourselves, our fans are resolutely behind us. I want to use this opportunity to thank them for their support," Otto Addo said during Sunday's press conference.

"When we played our World Cup qualification against Nigeria, they fully supported us. Even here in Qatar - there is a huge Ghanaian community here.

"When we arrived in Qatar and at the hotel it was really massive. I was really, really surprised and we truly appreciate it."

Ghana will take on South Korea on Monday at the Education City stadium at (13:00 GMT).