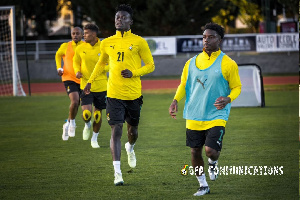 Speaking after the game, the Brighton defender expressed their destiny is in their own hands, saying they have to concentrate in the remaining group games after Portugal defeat.

“We just take each game as it comes, it’s still in our hands so, we just concentrate on one game at a time”