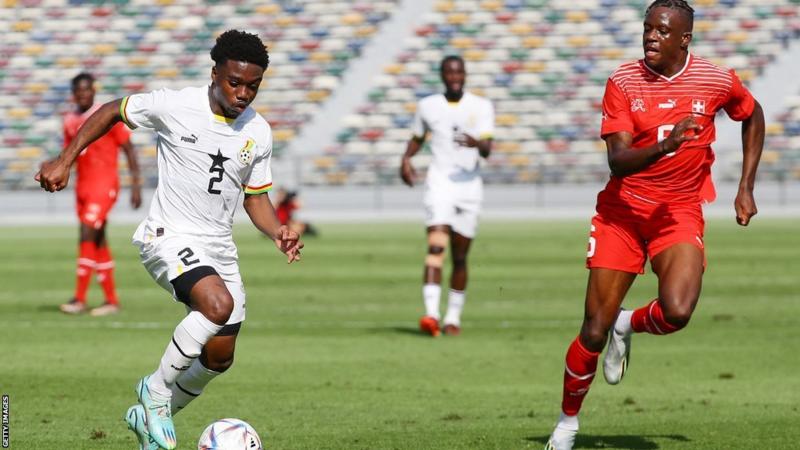 Ghana right-back Tariq Lamptey says he is settling in well and quickly as the Stars prepare for Thursday's World Cup opener against Portugal.

The 22-year-old is expected to make his competitive debut for Ghana at the 974 stadium in Ras Abou Aboud, Doha.

Lamptey has featured in two friendly matches since switching allegiance in July.

"They were very welcoming and I was just able to get on the training pitch and get to work," he told the BBC's World Football podcast.

"Off the pitch, I knew a few of the boys before but it was really good to get to know everyone. It's a good group."

The reaction of the Black Stars fans, both on social media and from the stands, has also been important to Lamptey.

"I just want to say a massive thank you to the fans, because their love and support has definitely been received well," the former Chelsea youngster said.

"I'm really grateful to have great fans like that."

Black Stars are the lowest-ranked team at the tournament following a poor 2021 Africa Cup of Nations in Cameroon where the Stars exited at the group stage, failing to win a single game.

Ghana are making a record 4th World Cup appearance in Qatar having previously played in the 2006, 2010 and 2014 in Germany, South Africa and Brazil respectively.

Black Stars exited the group stage at the 2014 edition in Brazil after a slow start to the tournament.