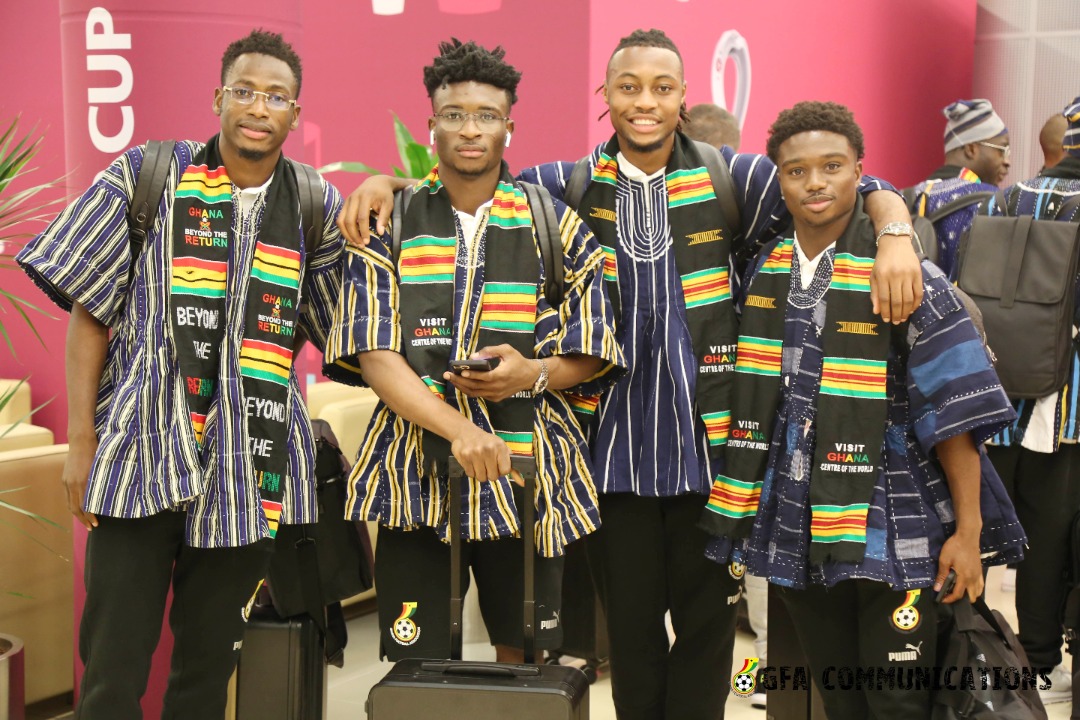 The Black Stars arrived in Qatar in style wearing "fugu," a traditional Ghanaian outfit worn by inhabitants of the northern region. Some players were spotted wearing fugu with traditional hats.

After missing the 2018 World Cup in Russia four years ago, Ghana is participating in this year's tournament. The four-time winners of the African championship were placed in Group H with Uruguay, South Korea, and Portugal.

The Black Stars of Ghana beat Switzerland 2-0 in an international friendly yesterday in the United Arab Emirates.

The playing body had a recovery session early this morning before flying to their base in Qatar.

Ghanaians commended the Ghana Football Association for the initiative after the pictures of the players in fugu were released. Others also wanted to see more shots of Hearts of Oak player Daniel Afriyie Barnieh and Asante Kotoko's Danlad Ibrahim.

Ghanaians in Doha, Qatar stormed the team's hotel to welcome them. They drummed and sang well-known jama choruses as hotel security watched on outside.

The mood of the whole country seems to have changed after Ghana's international friendly win over Switzerland yesterday in the United Arab Emirates.

Ghana will train at the world-class Aspire Academy and stay at DoubleTree by Hilton Doha in Al Sadd.

Below are some of the comments: 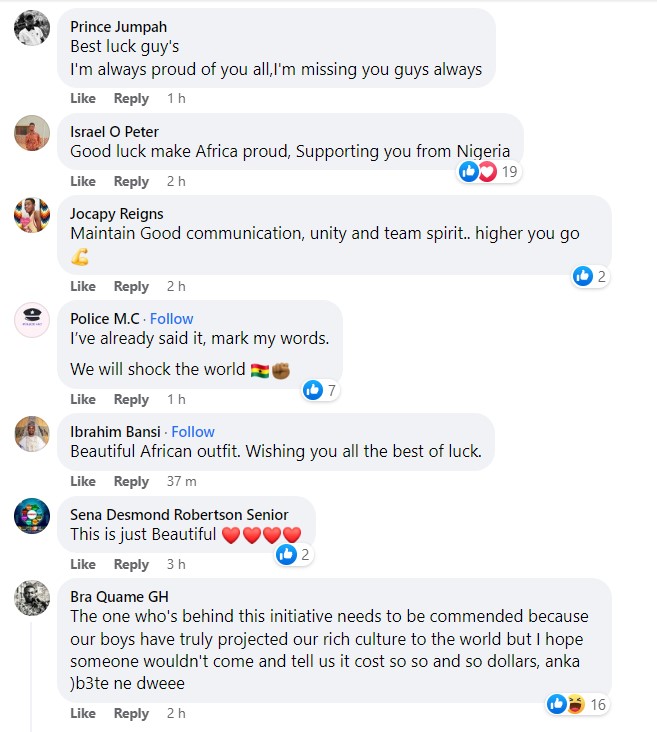 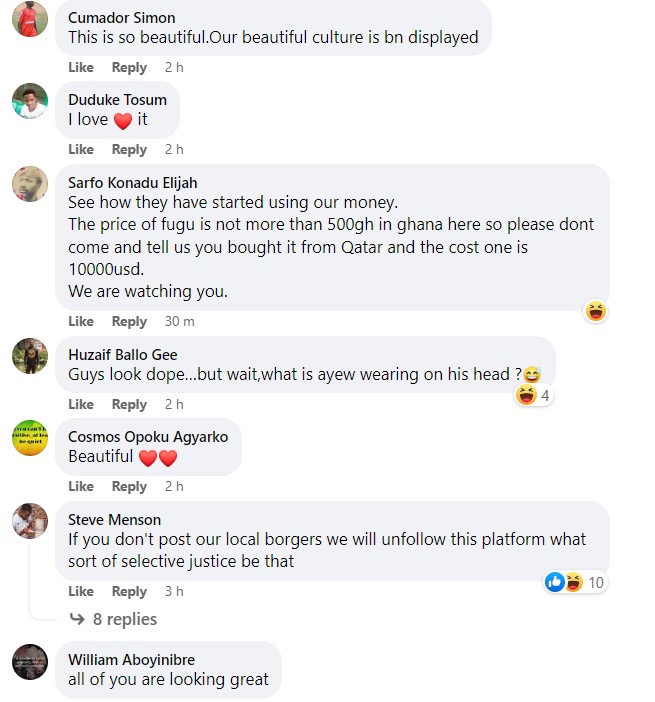 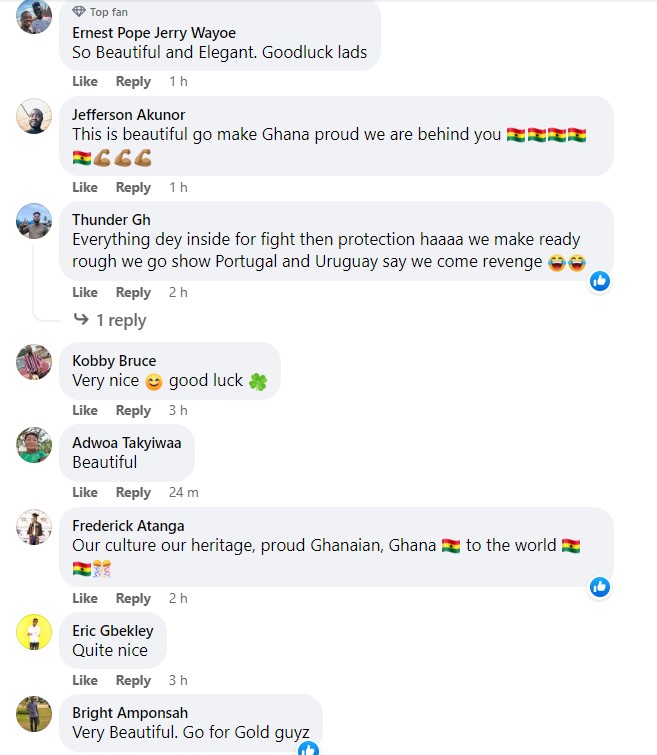 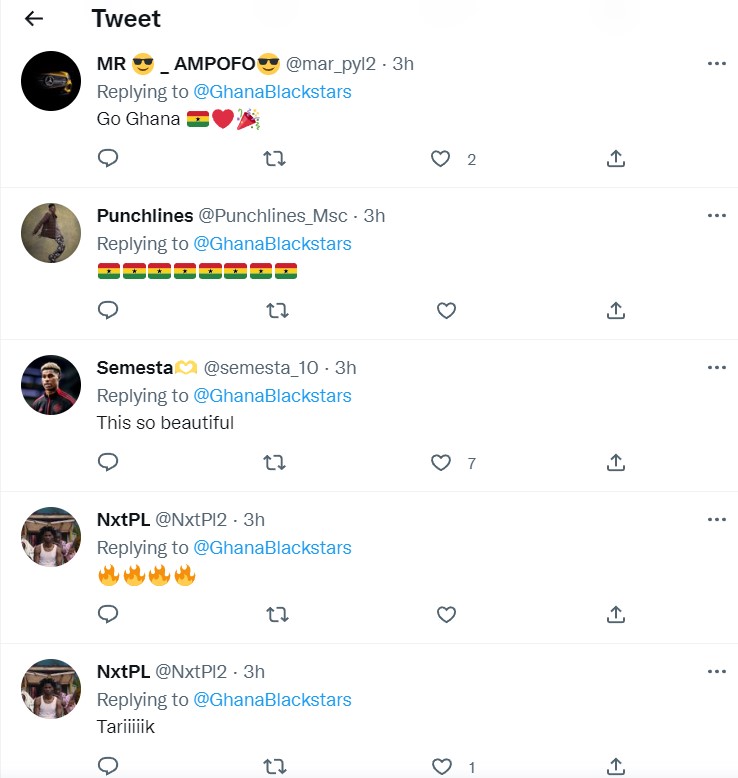 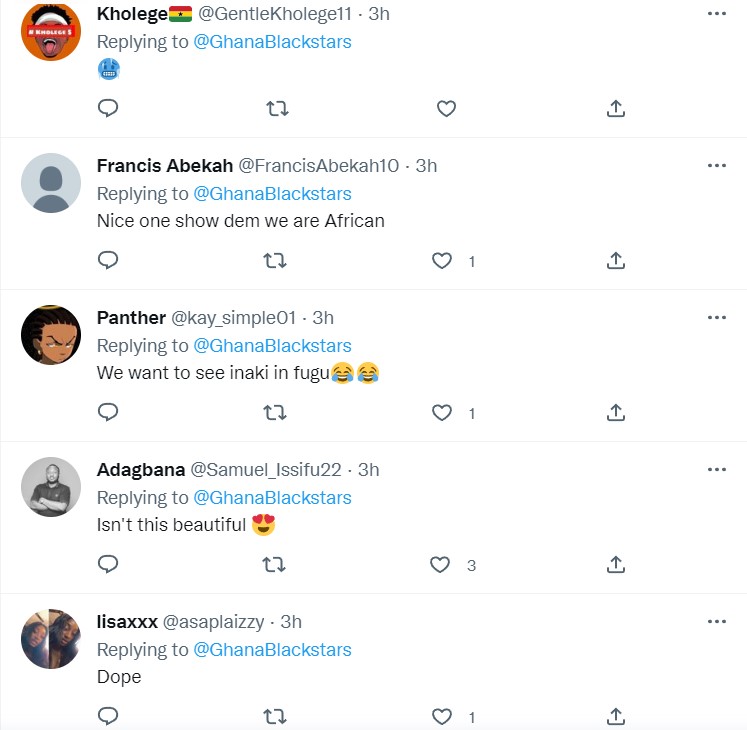 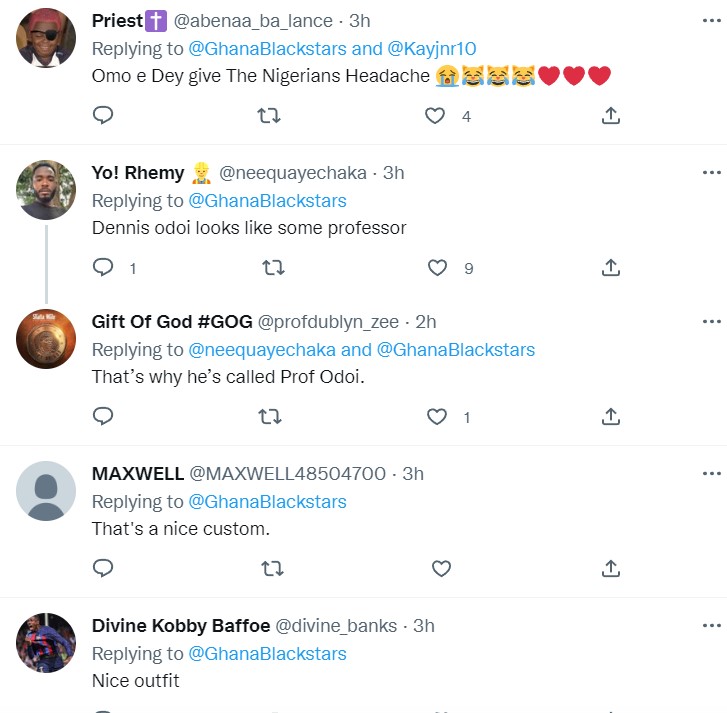