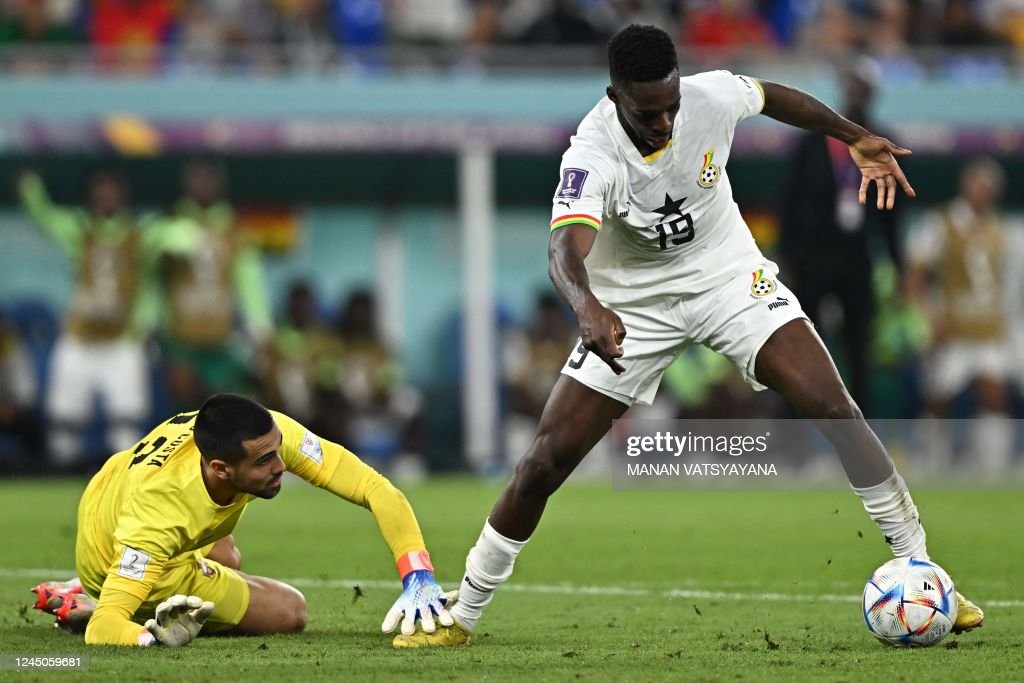 Dion Dublin, who was competing for Coventry City in the Premier League, was able to evade Shay Given, the goalkeeper for Newcastle United, on November 8, 1997.

When Dublin sneaked in, he took the ball off of Given and put it in the open net. The goalkeeper had dropped the ball on the ground and was getting ready to kick it upfield.

Ghana's Inaki Williams came close to accomplishing the same feat at World Cup 2022. Williams was positioned behind Portugal's goalkeeper Diogo Costa as he had just retrieved the ball from a cross during their 3-2 loss to Portugal in Group H's opening match of the tournament.

Costa rolled the ball a few yards in front of him with the intention of buying a little extra time before kicking long, not realizing the Black Stars forward was standing behind him. Williams, like Dublin, emerged from behind the goalkeeper, prepared to knock the ball from his foot and fire toward the open goal.

Unfortunately, things didn't work out that way. Williams attempted to make a quick turn but was unable to maintain his balance at the critical moment. Williams got to his feet as Costa attempted to tackle him, but Portugal's defenders were able to race back in time, with Danilo Pereira clearing the ball off the line.

Below is Dion Dublin's goal: