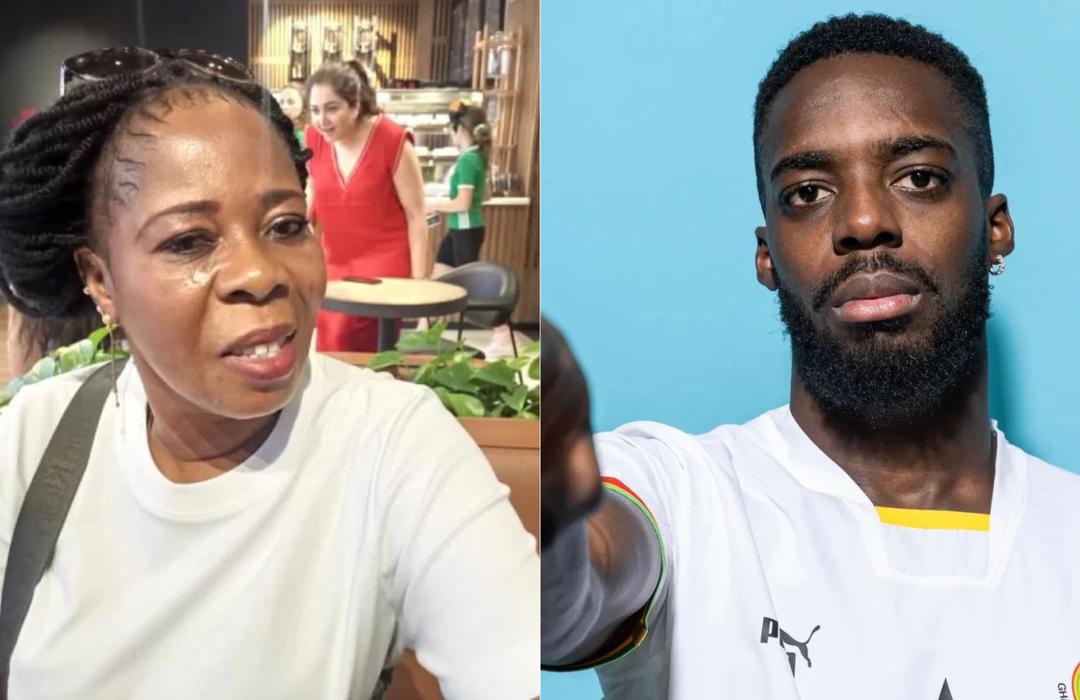 The mother of Athletic Bilbao forward Inaki Williams has advised her son to be selfish as Ghana prepare to face Portugal at the ongoing Qatar 2022 World cup on Thursday, November 24, 2022.

Ekua Antwiwaa who is based in Spain has arrived in Doha to support her first son who is expected to lead Ghana’s attack against Portugal in their first game in Group H at the Stadium 974.

“I am supporting him to score goals; but I have also told him to pass the ball to another player if he can’t score. He shouldn’t be selfish” she said.

“I have asked Inaki to get me Ronaldo’s jersey after the match because I like him (Ronaldo). But on Thursday I want Ghana to beat Portugal” she added.

Ekua Antwiwaa visited Inaki Williams on Tuesday at the Double Tree hotel where the Black Stars are lodging.

The enterprising forward switched nationality to play for the West African powerhouse in June and has since made three appearances. Williams is yet to score for the four-time African champions.