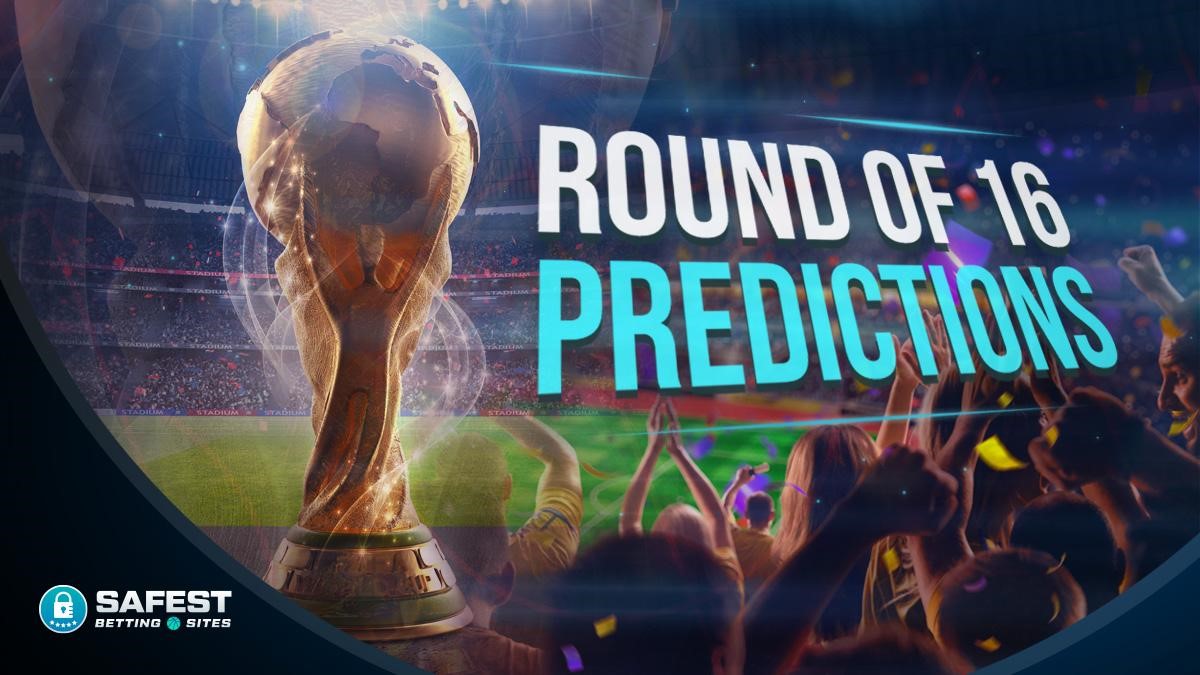 The long-awaited 2022 World Cup is now in full swing, and we are quickly approaching its conclusion. We have already entered the round of 16 in the tournament, bringing us one step closer to the finals. For those unaware, this is the contest section where 16 teams compete, attempting to qualify for the round of 8. By that same token, the round of 8 serves as the qualifying round before the semi-finals.

With the round of 16 almost halfway done, it would be beneficial to many a fan and bettor to look forward. So, in this article, we will look back at the round of 16 winners thus far. We will also look at the upcoming round of 16 matches and discuss each team's odds and chances to advance.

Furthermore, we will also give tips and tricks for placing bets on the World Cup in general.

The World Cup is one of the world’s most popular sporting events. So, it is no surprise that many bettors gather and follow it vigorously. However, it is also true that many newbies start their journey at the event. The new or those already steeped in it; in this section, we will give some tips about the World Cup.

We are starting with the simplest of all tips. Before placing a bet on the event, consider the FIFA World Cup betting predictions. You can find predictions and odds on numerous sportsbooks around the internet. Most notable are websites like Betway, 888Sport, Everygame, etc. The next tip to bear in mind is that games can end in a draw.

Last night, Japan and Croatia’s match ended in a tie, and they had to resolve a winner with a penalty game. And speaking of last night’s game, let us finally get into the nitty gritty of this article—the predictions for who will be competing in the round of 8.

Round of 16 Winners Thus Far

The 2022 World Cup saw quite a few shocking twists and turns. For example, only a few fans expected Japan and South Korea to get as far as they did. Japan beat Germany and Spain, though they lost last night’s match against Croatia in a penalty round. South Korea, on the other hand, won against one of Europe’s premier football teams, Portugal. They couldn’t say the same when going against the best of the best, Brazil. In other words, Brazil and Croatia will be meeting in the quarterfinals.

England and Senegal faced off on Sunday, December 4. At the time, the consensus was clear. England had the upper hand. And in this case, the odds were right on the money. The English team dominated Senegal, ending the game 3 - 0. Poland played France that same day. And though the Poles did marginally better than Senegal, France still won the game, 3 – 1. This victory means France and England will not be facing off against one another in round 8. The competition is sure to be fierce and exciting for both sides.

Finally, on December 3, we have the Argentina vs. Australia and the Netherlands vs. USA matches. The Netherlands vs. USA match was a close call in terms of odds. However, the favorites were the Dutch, who managed to take win. Perhaps unsurprisingly, they will be playing their quarterfinals match against Argentina, who took down the Australian team in a close call of 2 – 1. That leaves us with two more matches in Round 16, so let’s look at how they will turn out.

Today, Morocco is facing off against Spain, and Portugal will meet the Swiss. Morocco vs. Spain match has a lot of us thoroughly excited. Both teams had quite the year. Morocco went to the Africa Cup and returned empty-handed. Their start at the World Cup was also somewhat disappointing.

On the other hand, Spain had a sensational start but just kept going downhill. Still, with the year they’ve had, Spain is still the favorite in terms of the odds.

The second match taking place today is Switzerland vs. Portugal. The Portuguese team is likely the favorite to win the game. They are one of Europe’s top-rated national football teams and have quite a few big names on their side. Most notable of which is, of course, Cristiano Ronaldo, one of football’s biggest stars of all time. Most odds makers put Portugal’s odds at -115 and Switzerland’s at +300.

We can only wait and see what the quarterfinals have in store. As it stands now, the Netherlands will be playing against Argentina, Croatia will be facing off Brazil, and England and France will also clash. After today, we will know the full fixture for the round of 8.