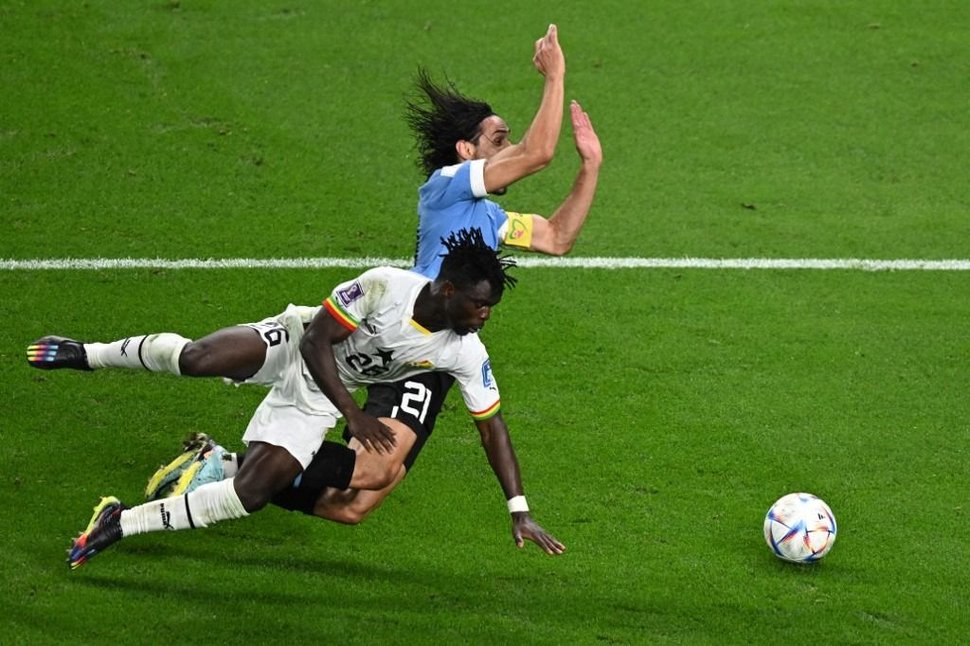 Sebastian Abreu and Diego Forlan provided commentary on the Uruguay vs. Ghana game at the Qatar 2022 World Cup for the American television network Telemundo.

The pair were not happy the referee waved off the penalty shout from the Uruguay bench when former Manchester United striker Edison Cavani went down in the box.

Sebastian Abreu who is the current manager of Peruvian club Universidad César Vallejo wanted the referee to check the VAR while former striker Diego Forlan compared Cavani's penalty incident to an earlier one involving Darwin Nunez.

"No no, this is joda. He touches it below. Call him (to the VAR)", stated Sebastian Abreu.

"I can't believe it, the truth is shameful. Here is a black hand," he added.

"Both this penalty and Darwin's, both similar, the referee's interpretation is incredible, especially considering how he was charged against Ghana," said Diego Forlan.

Uruguay beat Ghana 2-0 but they exited the tournament with the Black Stars after South Korea beat Portugal 2-1 in the other Group H game.

After the game, furious Uruguay players attack the referee and other match officials. One Uruguay player was shown a yellow card and striker Edison Cavani was spotted hitting the VAR machine.