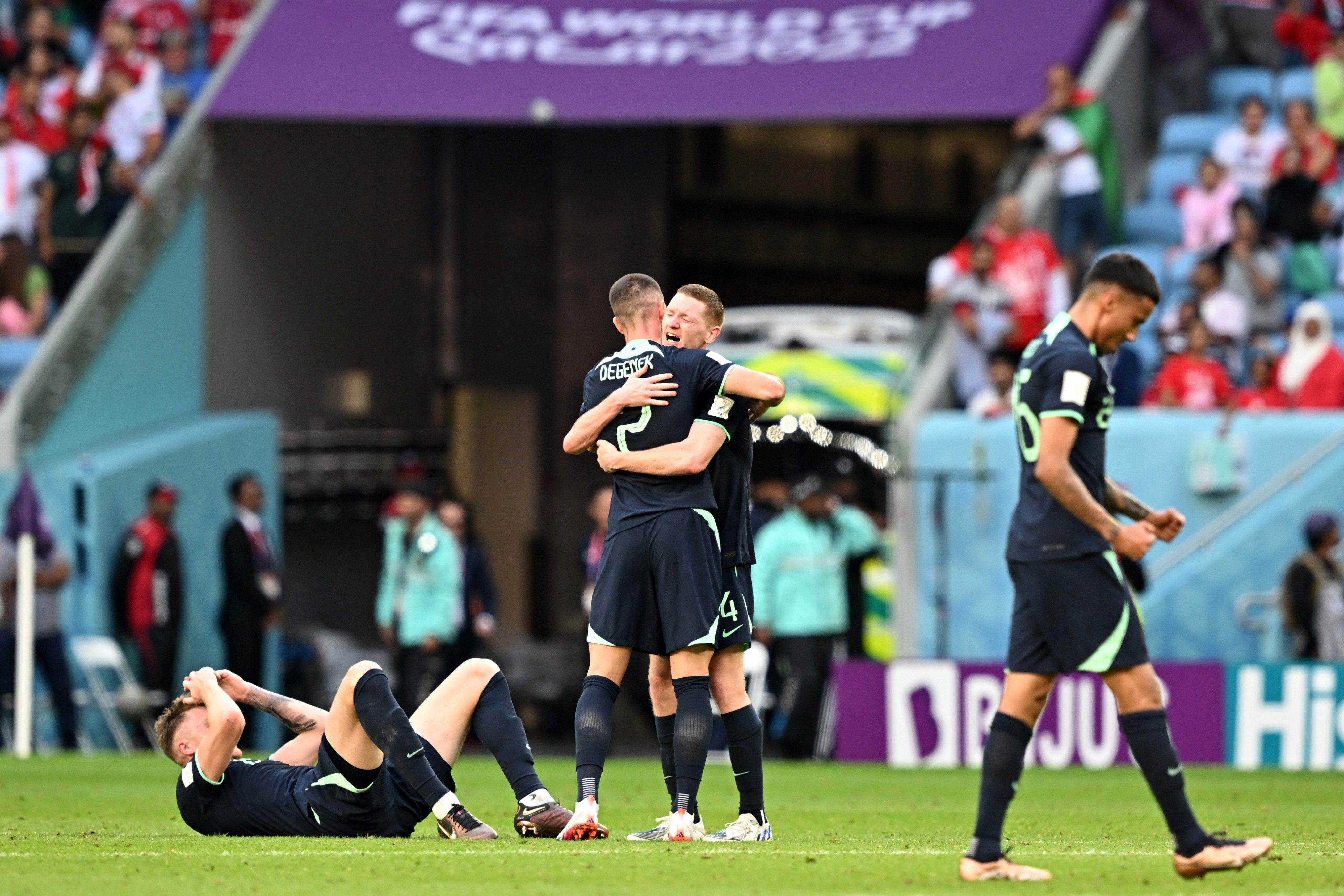 Australia have recorded their first win at the 2022 FIFA World Cup in Qatar after cruising past Tunisia with a narrow victory.

The Socceroos on Saturday morning locked horns with the Cartage Eagles of Tunisia in the second round of Group D games.

In a tough encounter that ensued between the two countries, players that featured for both national teams impressed but only managed to produce one goal.

Mitchell Duke’s solitary strike that came in the 23rd minute of the first half propelled Australia to record an important 1-0 win over the Tunisians.

The win means that Australia are now second in the Group D standings while Tunisia are bottom of the log.

The African representatives must win their final Group D game against France by all means to stand any chance of progressing to the knockout stage of the 2022 FIFA World Cup in Qatar.