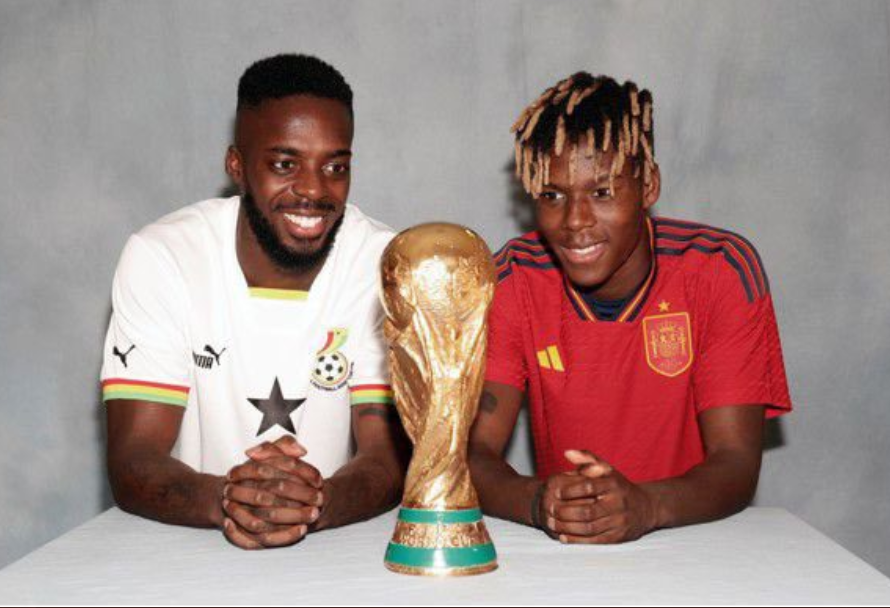 Spain forward, Nico Williams is dreaming of playing against his brother, Inaki Williams at the World Cup in Qatar.

The pair who play for Athletic Bilbao will hope to make their respective countries proud.

Inaki despite making his debut for the Spanish team has switched nationality to play for Ghana.

Meanwhile, his younger brother Nico earned his first Spain cap in September and has been included in the 2010 champions squad for the World Cup in Qatar.

“Above all, I’d like to face Ghana,” Nico told AFP.  “It’s that sibling rivalry, we always had a bit of needle in the parks when we were little, and I hope we can do it as professionals.”

Despite interest from the Ghana Football Association to get Nico to play for the Black Stars, the 20-year-old says he always wanted to play for La Furia Roja.

“The truth is that we could never have imagined that we would reach this level, two brothers playing for the same club, each one in a national team and at a World Cup,” said Nico.

“In life, this situation happens rarely, and my family is very happy and proud that we are here.

“Seeing the suffering of my parents, what they have gone through, it makes you think about things more, you don’t have this mentality that maybe a 20-year-old has.

“They have given everything for us, my brother and I, suffered a lot for us, above all for me, (Inaki) had it a bit worse than me.

“My brother is protective of me, he wants to help me, and because of that I am the person that I am today.”

The William brothers were born to Ghanaian parents in Spain.