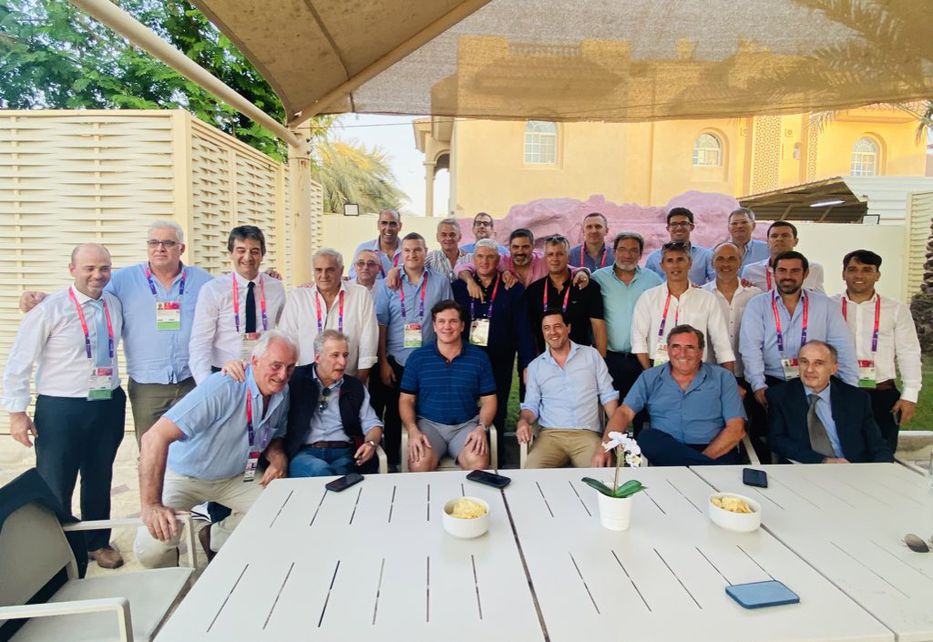 Uruguayan Football Association, Ignacio Alonso has insisted the atmosphere in the team's camp is good ahead of the Ghana clash.

After two games in Group H, Uruguay have managed just a point after suffering defeat against Portugal on Monday afternoon.

Meanwhile, Ghana earned an important win to boost their chances of progressing to the round of 16.

The Black Stars inflicted a 3-2 win over the Asian giants to boost their chances of qualifying to the knockout phase.

The four-time African champions must avoid defeat against Uruguay to book a spot in the Round of 16.

"There are no inmates, I can assure and attest that there is an excellent climate," began by saying "Nachito" interviewed on Channel 12, and expanded: "There is discomfort over the result, pain, but good weather and confidence in the ability to reverse the situation".

"The performance is not what was expected," he said later, to complete: "It is not what is adjusted to the possibilities of this team, that is why there is also a great expectation of being able to turn the situation around."

Jorge Casales, a member of the Executive Committee, also followed a similar path: “I totally deny it. There was a lot of discomfort, a lot of sadness, a lot of rebellion.”

“They were interpretations of notes that are taken in small fragments and not in the global one. When you add the context to that fragment, you can never reach the conclusions that I have read out there,” she analyzed.

“We are not here to interpret what is meant. You don't have to take the sentences out of context either, you have to look at everything and based on what each one interprets. I am not going to comment publicly,” she closed.