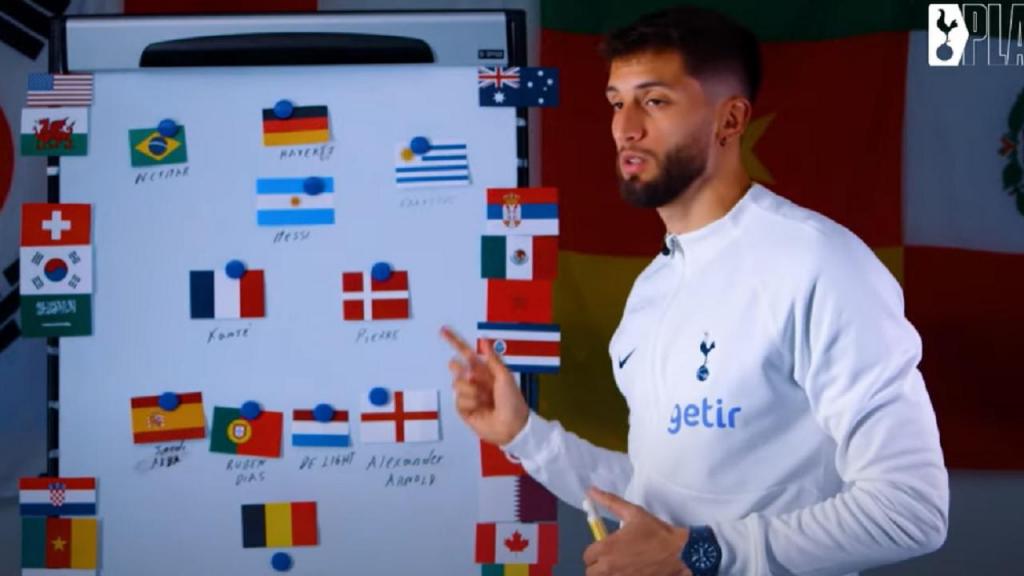 Uruguay midfielder Rodrigo Bentancur has included Portugal defender Ruben Dias in his World Cup ‘dream eleven’ ahead of their clash in Group H, where Ghana has been housed.

The two-time World Cup winners will face off the European powerhouse on Monday in their second group clash.

The Black Stars, who are paired in Group H against Portugal, Uruguay and South Korea suffered defeat in their opening game at the Stadium 974 last Thursday.

Meanwhile, Uruguay and South Korea who are housed in same group played a pulsating 0-0 draw.

Meanwhile, the defeat means Ghana are bottom of Group H after Uruguay and South Korea played out a goalless draw.

Ahead of Uruguay’s clash against Portugal, Bentancur, who plies his trade for Tottenham Hotspurs has named his dream eleven which included Ruben Dias.

On the list are heavyweights like Lionel Messi and Neymar. Kanté, who is not present at this World Cup due to injury but was Bentancur's opponent in the 2018 World Cup, also appears on a list in which, naturally, there is room for a compatriot, Frederico Valverde.

The 25-year-old player explaining Ruben Dias inclusion said, ′′ He's been a great defender at Manchester City for a few years now. I've played against him and I think he's very good with the ball."

Below is Bentancur’s World Cup ‘dream 11’: