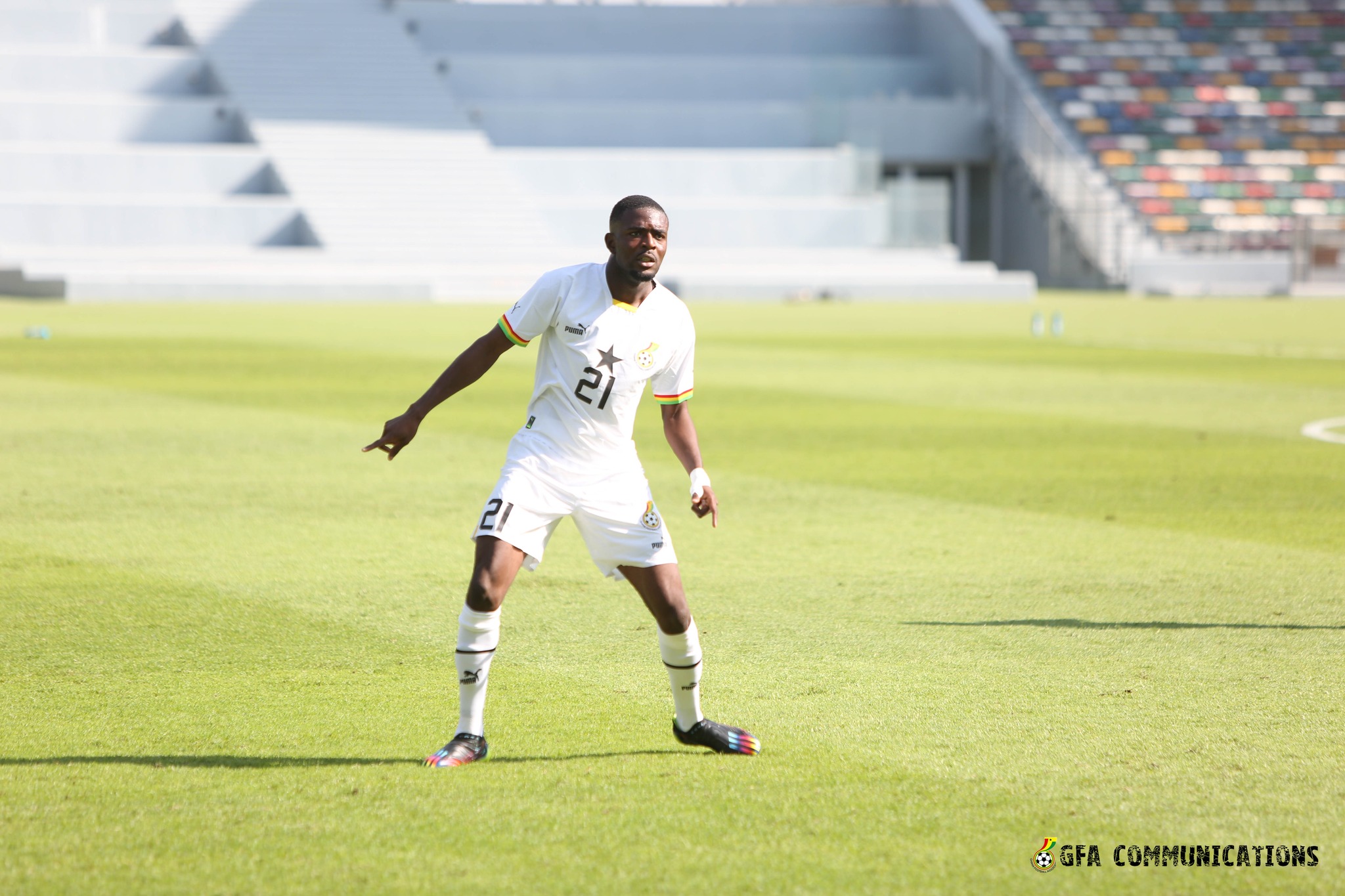 France-based midfielder, Abdul Salis Samed completed his initiation at the team hotel in Qatar this evening.

The RC Lens displayed some dance moves and tried to return to his seat but he was pushed back into the center by Otto Addo.

The midfielder started his first game for Ghana in the final friendly match of the Black Stars ahead of the 2022 FIFA World Cup.

Paired against Elisha Owusu for the first time, Abdul Salis Samed put up a top performance to the delight of his manager and Ghanaians who watched the match.

In a game played at the Zayed Sports City Stadium, there were lots of action in the first half as Ghana dominated play.

Unfortunately, the team failed to convert the chances that were created and had to settle for a draw at the break.

In the second half, Switzerland had a brighter start and caused a lot of trouble for the defense of Ghana.

However, thanks to a strong display from the Black Stars, the team held on for as long as they needed to.

Following a number of changes at the hour mark, Ghana regained control of the game and continued to dominate.

In the 69th minute, Mohammed Salisu scored his first Ghana goal to give the Black Stars a deserved lead.

Five minutes later, Bristol City attacker Antoine Semenyo pounced on a loose ball in the six-yard box of the Swiss and fired a shot from close range that found the back of the net.

Eventually, the Black Stars cruised to a 2-0 win to wrap up their training camp in Abu Dhabi in style.

Abdul Salis Samed has been sensational for his club this season. He has made 15 appearances and scored one goal for RC Lens.