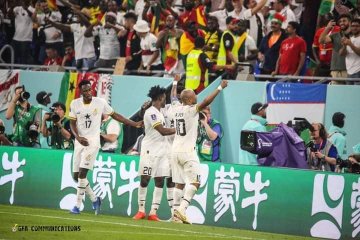 Ghana captain Andre Dede Ayew has disclosed his teammates are working hard and will go into Monday's clash against South Korea in a different mood at the 2022 World Cup in Qatar.

"We are going into the game with a different mood," the former West Ham forward said ahead of the game.