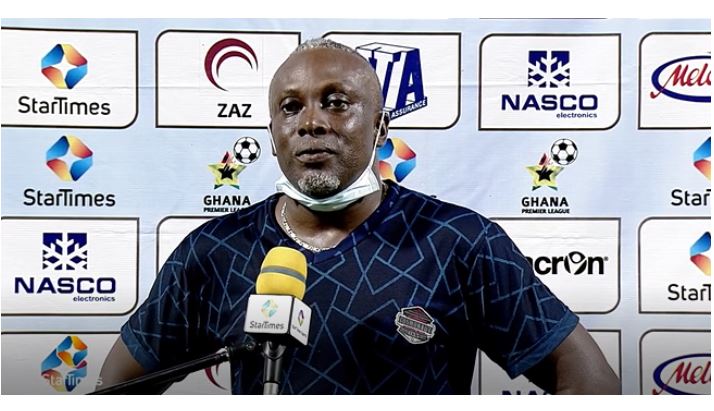 Former Ghanaian international, Yaw Preko is set to take over Accra Great Olympics as the new head coach ahead of the 2022/23 Ghana Premier League season.

Annor Walker, who is the coach of the side has reportedly agreed on a deal to join newcomers, Samartex FC.

The veteran trainer will pocket $1000 a month according to multiple reports.

However, Yaw Preko who was the assistant coach to Annor Walker has been promoted to lead the team for the upcoming Ghalca top 6 as well as the 2022/23 Ghana Premier League season which kicks start on September 9, 2022.

Great Olympics will be hoping to impress in the upcoming season having finished on the 5th position last season.