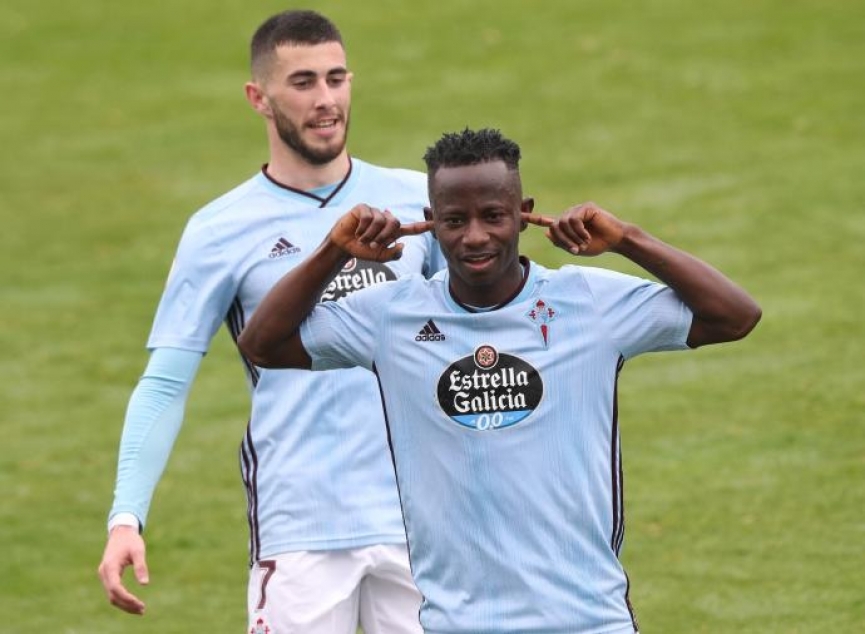 Former Ghana U-23 captain, Yaw Yeboah is returning to CD Numancia following the expiration of his loan deal with Celta Vigo.

The attacker who can play in the midfield or on the flanks joined the Celta Vigo B team on loan for the 2019/2020 season last year.

Following an impressive campaign for the side, he earned a promotion to the senior team of Celta Vigo where he trained with the side after the restart of the Spanish La Liga after the Coronavirus (Covid-19) break.

The possibility of signing s permanent contract with the Spanish side has hit a snag with the club announcing his departure at the end of his loan spell with the team at the end of June.

Yaw Yeboah, 23, is now returning to CD Numancia where he has a contract that will run until the summer of 2021.

At Celta Vigo B, the attacker managed to score 5 times after featuring in as many as 20 games.