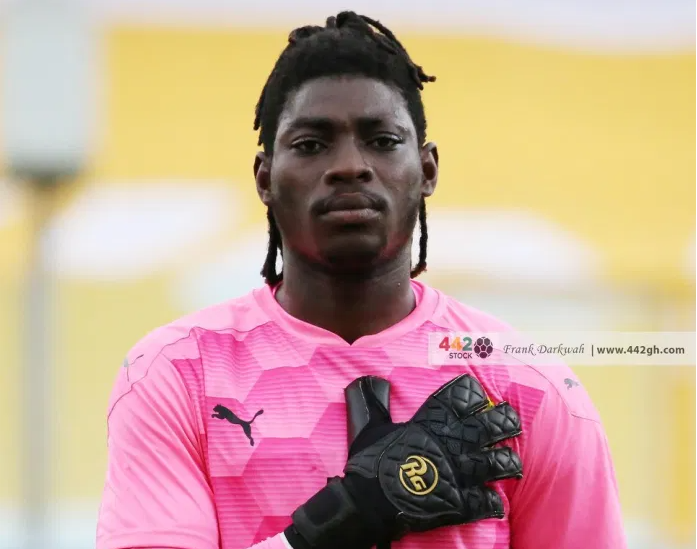 For the second successive game for the Black Stars, Abalora made an unforgiven mistake.

There have been calls to axe from the national team.

On Tuesday, Abalora made a complete mess of a second-half freekick from Hakim Ziyech, resulting in the only goal for the Atlas Lions who secured a 1-0 win against the Black Stars in Rabat.

A cross sent in was poorly dealt with by Abalora which allowed Jawad El Yamiq to head home the only goal and the winner.

But Ofori Antwi, popularlyly called ‘Alawa’ has hailed his Black Stars teammate, insisting he is still the best goalkeeper in the country in a post on his Twitter page.

Paddy head up ,You are still the best ok keep it up 💪💪💪💪@PerryPaisley @PapaPoku pic.twitter.com/WOAe0kGPJA

The Black Stars will play Ivory Coast at the Cape Coast Stadium in their second international friendly.