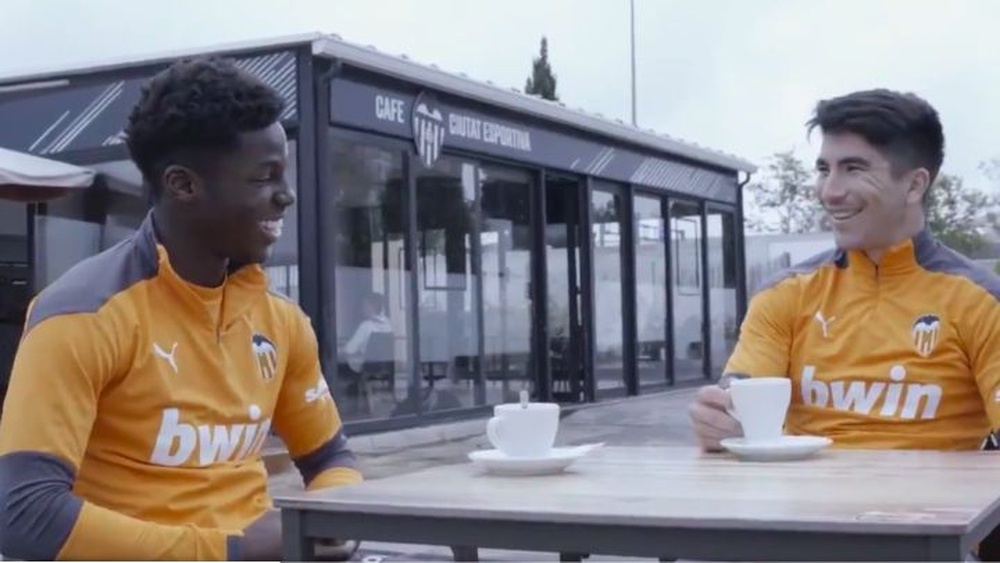 Valencia CF player Yunus Musah was part of the announcement of the presentation of LaLiga's agreement with 'ESPN'. The 18-year-old footballer is one of the biggest names in the United States since he opted to play for the national team.

LaLiga's agreement with Disney and 'ESPN' is a reality after confirming it through an announcement. The highest Spanish soccer organization will, over the next eight years, cover First and Second Division matches in the United States.

One of the participants in the video that made the news official was Yunus Musah, who is a real sensation in the American country, even more so after announcing that he would play with the national team. Pique, Carlos Soler or Andres Guardado were the other protagonists of the audiovisual.

The sudden irruption of the American in the ranks of Valencia has been a great sporting asset for the 'ches'. But also, given his popularity in the United States, the Valencian directive has a great opportunity with the footballer in terms of marketing and advertising.

Musah will play the Gold Cup with the United States National Team and will have the opportunity to continue revaluing himself in this football. At the moment, he has only been summoned four times.