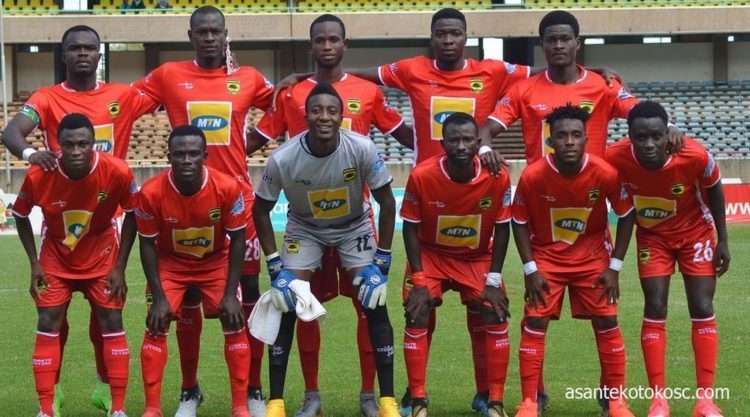 According to Yusif Chipsah, Burkinabe International Songne Yacouba absence will have little effect on the Kotoko team ahead of CAF Confederation Cup match against Zesco United in Zambia on Sunday.Yacouba has being suspended from the said game after going into the books of referee Bamlak Tessema in the game against Al Hilal at the Baba Yara Sports stadium.Recording his second bookings.

Yacouba has being the forward pivot of the Reds despite his low goal scoring range.Having netted two and assisted five times.

"Songne Yacouba absence in the Kotoko team can affect them but I don't expect it happen because Kotoko registered almost 30-players".

"Yacouba not making the squad to Zambia should not be much a worry to Kotoko, am expecting any player who will be chosen in place of Yacouba position to perform to the brim.Because it's a game Kotoko needs to win badly and only a win can qualify Kotoko SC", he said.

He however added that; "A good preformance from the players will award Kotoko the 3 points in Zambia".

The Reds will face Zesco United of Zambia in the last CAF Confederation Cup Group C round of matches, expected to walk pass the homers who have already bow out of the competition after gathering just 4 points.

The Porcupine Warriors are behind Nkana FC and Al Hilal who has 9 points and 8points respectively.