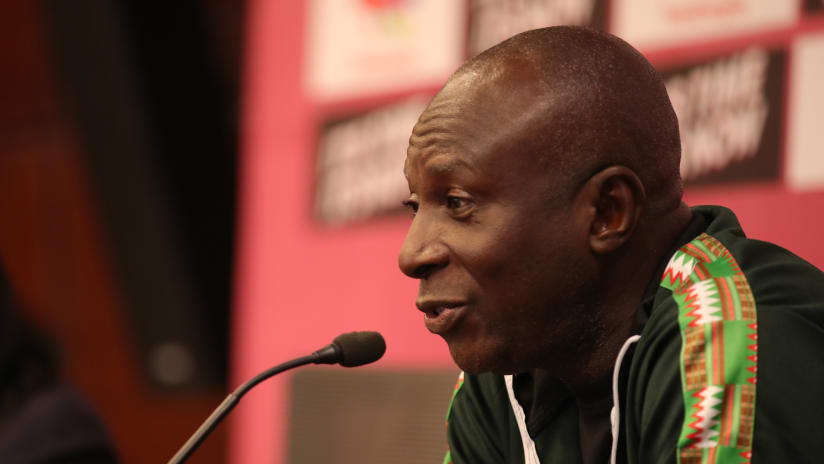 Basigi led the Ghanaians to top Group A with two wins and a draw and will face Morocco’s ASFAR in the semifinal on Monday.

Yussif Basigi was born on 1 March 1972. He has a diploma in Education and also holds a bachelor’s degree in Health, Physical Training and Recreation. But the Professor is also a famed football coach. After a playing career that included stints in Ghana and Burkina Faso, Basigi started his coaching career in 2003 and earned all the required licenses.

Between 2011 and 2013, Basigi was the assistant coach of Ghana women national team, The Black Queens. Later he became the head coach and qualified with Ghana to the 2014 Women Africa Cup of Nations.

In 2015, he led Ghana to win the Gold Medal of All Africa Games in Brazzaville for the first time in their history. He led Ghana once again to the 2016 Women Africa Cup of Nations, where the Black Queens finished third. Since 2011 and besides his national teams’ duty, he coaches Hasaacas Ladies whom he guided to win four Ghana Women Premier League titles, one Ghana Women’s FA Cup and the WAFU Zone B tournament that qualified them to the maiden TotalEnergies CAF Women’s Champions League edition.

“Since we knew about this tournament, we started the preparations,” Basigi told CAFOnline.com. “We are here to demonstrate why we are champions. We started preparing the players physically and psychologically two months ago to reach another level on both sides.”

“I’ve been a women’s football coach for 18 years now, so it makes me so proud to have Women’s Champions League in Africa, and it’s another feeling to be part of it as well being an advocate talking about women’s rights in Africa to have their own champions league. My compliments go to CAF for establishing women’s football, we are in the right direction. The future looks very bright and it’s a gradual process to become more like men’s football,” he added.

Regarding the semifinals, Basigi declared “I expect all teams to be tough because they are all champions just like us. So, we need to respect all of our opponents to be more successful.”