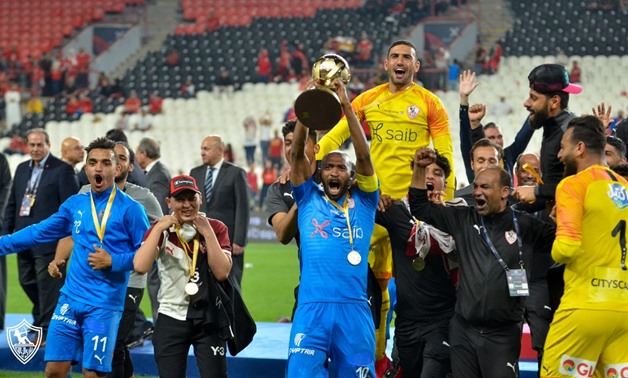 Zamalek defeated rivals Al Ahly 4-3 on penalties after a barren draw in full time of the game that was played at Mohamed Bin Zayed Stadium in Abu Dhabi, UAE to clinch the Egyptian Super Cup title for the fourth time.

“What we did is historic. I am proud of my players' performance. We played a historic game against Esperance and we defeated a team that were enjoying a 15-game unbeaten run," delighted Zamalek coach Patrice Carteron, said after the game.

Chances were few and far in between in normal time and with no one breaking the deadlock, the penalty lottery had to decide the winner of the tie.

Ahly’s Nigerian forward Junior Ajayi had the best chance of the game early in the opening half, but he failed to hit past Zamalek keeper Mohamed Abu Gabal when he won the ball off the Zamalek defense.

The victory was sweet revenge for Zamalek who lost 3-2 to Ahly in last September’s Super Cup in Alexandria.

It was Zamalek's fourth trophy in the annual one off match competition compared to Ahly's 11. Al Mokawolon and Haras El Hodod have one title each.