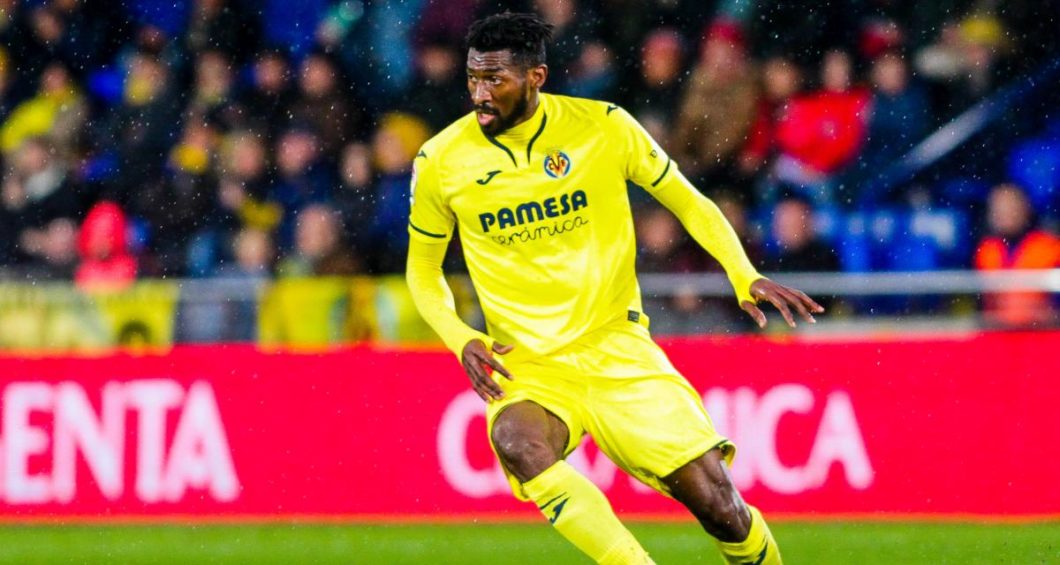 The 24-year-old Cameroonian international was one of Fulham’s ‘le Midi’ imports during the 2018 summer transfer window and big things were expected of André-Frank Zambo Anguissa who had a breakthrough season at Marseille reaching the Europa League final in the same year.

A lot was expected from the Cameroon international when he joined the London club but things did not go according to plan.

He suffered from injuries and when he did play he was played out of position.

The managerial instability also did not help however, for both parties, it became a season to forget as he did not score or assist across all competitions as the Cottagers were relegated back to the Championship.

Unable to afford his wages in the SkyBet Championship, the robust midfielder was loaned to Spanish La Liga side Villarreal.

The 2018/19 season was a torrid league campaign for Villarreal who narrowly survived relegation by 7 points and finished 14th in the league. Ending a run which saw them finish in the top six for two successive which allowed them to play in the Europa League even reaching the semi-finals in 2016.

Anguissa has proven to be an inspired addition to the Villarreal midfield. Anguissa adapted to life in Spain seamlessly.

Villarreal were revitalised last season and, whilst Moreno and Cazorla have stolen the headlines, Anguissa was a crucial part of the Yellow Submarines stunning rise to qualifying for the Europa League once again.

Calleja regularly switched formations and tactics varying from a 4-4-2 with Iborra and Anguissa in the middle of the park), a basic 4-1-4-1 with Anguissa’s role being the box-to-box midfielder, Iborra as the lone defensive midfielder, and Ontiveros or Trigueros is the other midfielder providing the attacking threat. No matter the formation, the essential principle of defending remains the same for those Verona players.

Anguissa is a classic box-to-box midfielder. The Cameroonian can play deep and is an exceptional tackler, capable of swiftly transitioning the ball to start a counter-attack, but his late runs into the box make him a threat in front of goal scoring two goals. The 24-year-old’s fitness and work rate is unrivalled.

Anguissa averaged nearly 2.1 tackles per game and 1.2 interceptions per game, showing he is aware and capable of reading the game on both ends of the pitch.

Over the course of his career, Anguissa has filled a number of different roles in the midfield and performed well in all of them. The Cameroonian is best when he is not restricted to just one role and has the freedom to impact the game on both sides of the pitch.

Anguissa stepped up on the final day with a brace against Eibar. Overall, Anguissa is arguably one of the pillars of the new Villarreal side and should get the respect he deserves despite his horrendous spell in the Premier League.

He is not the first Cameroonian to go from the Premier League relegation to flourishing in La Liga. Stéphane Mbia joined Sevilla on loan in 2013 and went on to sign permanently after a successful loan spell for the Seville club.

With Calleja and legendary figure Bruno Soriano having departed the club at the end of the season. Unai Emery will be Calleja’s replacement and looks like the club are eager to keep Anguissa after his loan spell and putting in a £22-million bid for him.

Anguissa’s recent form has sparked a transfer battle between Villarreal and Fulham. The Cottagers have recalled several players loaned out since earning promotion back to the Premier League, including Zambo Anguissa and Jean Michael Seri.