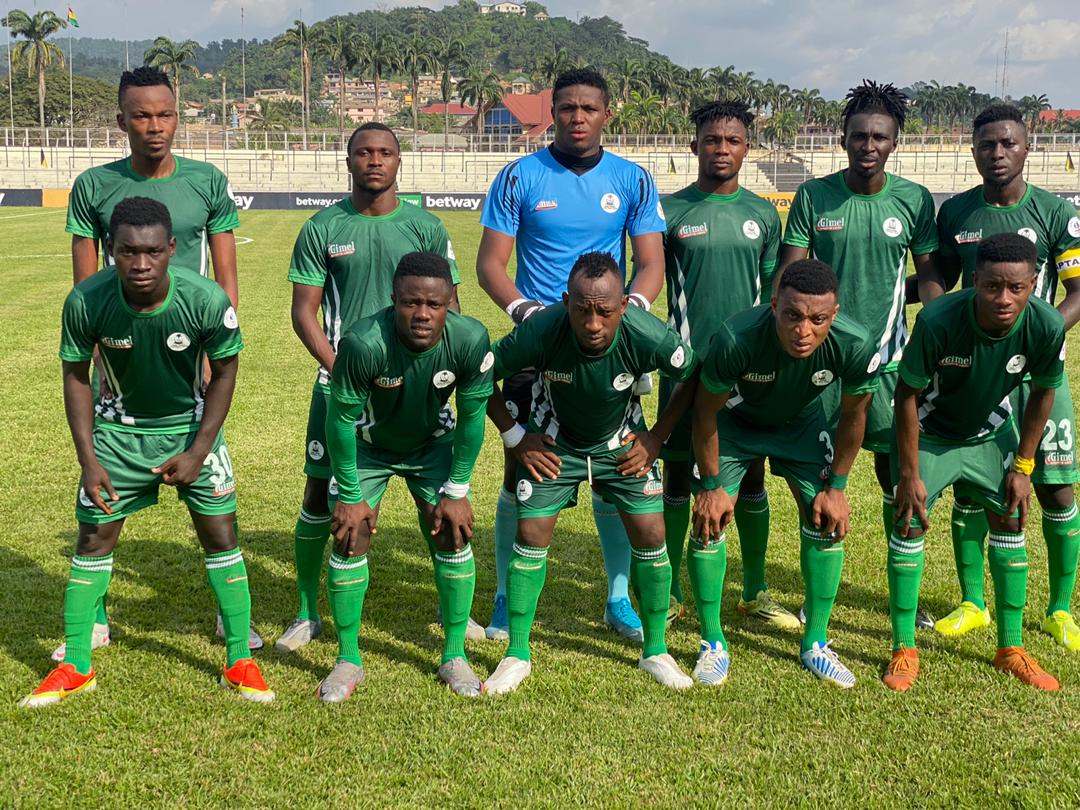 King Faisal FC on Sunday afternoon put up a fight to come from behind to draw 1-1 against Elmina Sharks.

The Kumasi-based club remains in the relegation zone of the Ghana Premier League standings but are keen on turning things around as the season progresses.

Today, the team locked horns with Elmina Sharks in what is serving as a matchday nine fixture of the ongoing 2020 campaign.

Although the team set up compact hoping not to concede, they trailed before halftime courtesy of an equalizer from James Bissue from the penalty spot that gave the visitors the lead.

Returning from the break, King Faisal put up a resilient performance that paid off in the 59th minute.

Midfielder Razak Toufiq scored with a fine effort to complete a good teamwork to restored parity for the home team.

In the end, that goal has been enough to earn a crucial point for King Faisal that has shared the spoils with Elmina Sharks.