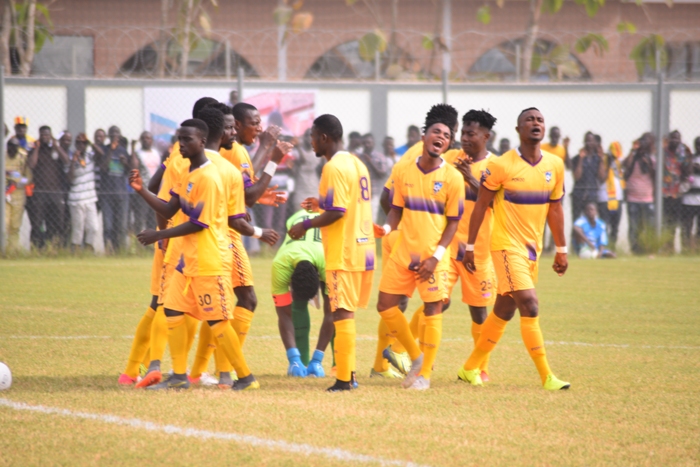 Often referred to as the Yellow and Mauves, the Tarkwa-based club has so far remained one of the best performing clubs in the domestic top-flight.

Facing off with Techiman Eleven Wonders at the Tarkwa Akoon Community Park this afternoon, Medeama put up another good performance that has ensured they picked up the maximum 3 points.

Poster Boy Akwasi Donsu scored with a thunderbolt strike on the 14th minute of the first half before Isaac Agyenim Boateng added a second in the second half to complete the resounding home win.

The important results keep Medeama's aspiration of clinching the Premier League title alive as the first round of the 2019/2020 edition nears a close.