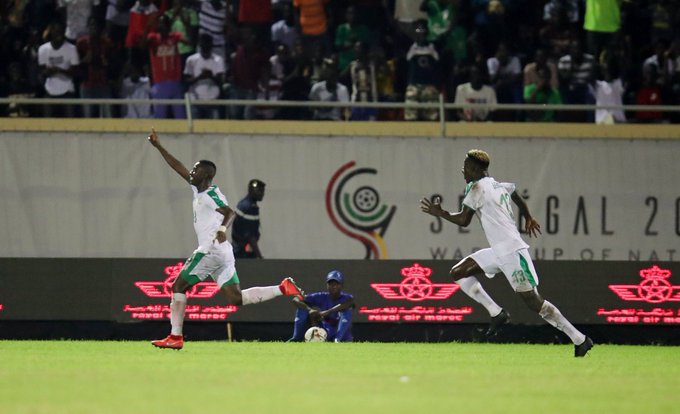 Ghana will lock horns with Senegal in the finals of the 2019 WAFU Cup of Nations tournament after the host nation beat Mali 2-0 on Wednesday night.

Senegal who is hosting the tournament for the first time in their history has enjoyed a good campaign thus far. They secured qualification to the semi-final stage earlier this week where they were paired with Mali.

In a tough game at the Stade Lat Dior yesterday, the Lions devoured the Eagles to ensure they sailed through to the finals.

Though the first half of the game ended goalless, two goals in the second half from Ibrahima Drame and Elhadji Kane were enough to hand Senegal a 2-0 victory against their Mali opponent.

What that means is that the host will now face the Black Stars B team of Ghana who also thumped Cote d’Ivoire 3-1 in the other semi-final match played on Tuesday night.

The battle for the ultimate prize between the host nation and the defending champions will be played on Sunday, October 13, 2019.