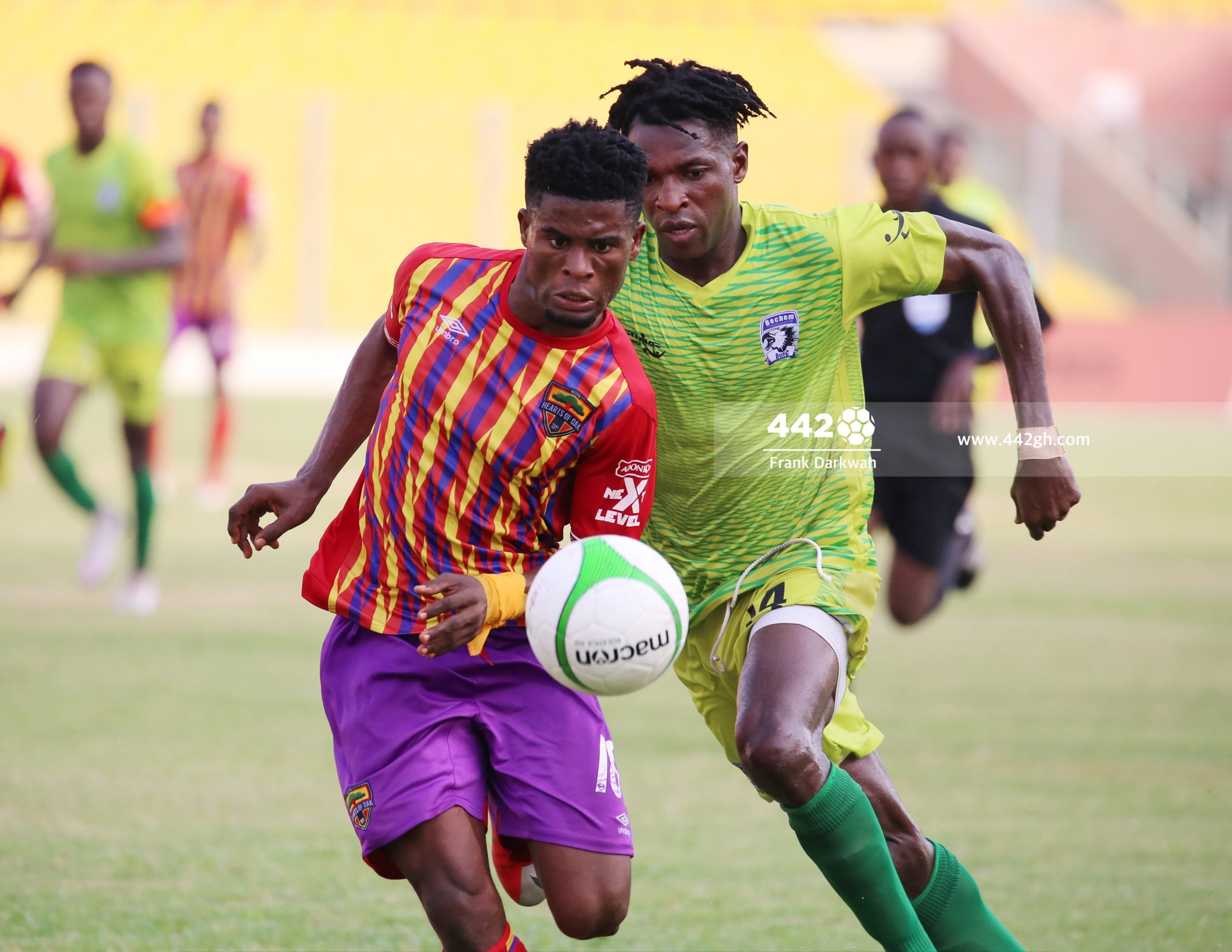 Ghana Premier League defending champions, Hearts of Oak will host Bechem United on Sunday, January 2, 2022, to try and amass maximum points to continue the team’s rise on the league table.

The Phobians as they are affectionately called started the Ghanaian top-flight league slowly and failed to win a single match after the first four matches.

After the team’s exit from the CAF Champions League and Confederations Cup, they have managed to turn things around and are now on course to challenge for the league title.

To be successful though, Hearts of Oak must continue to win games, especially in the next few outings.

Tomorrow, the club based in the capital will return to action against Bechem United in what will be a matchday 11 contest of the Ghana Premier League campaign.

The opponent, nicknamed the Hunters defeated league leaders, King Faisal, by a goal to nil in their last game and is currently motivated ahead of the upcoming game.

Kofi Kordzi – The powerful striker was key for Hearts of Oak in the team’s last game against Berekum Chelsea in midweek.

In that game, the forward netted a brace to secure all three points for his club. If he is able to find his feet in the game against Bechem United, the Phobians should have it easy cruising to victory.

Tomorrow’s game is scheduled to be played at the Accra Sports Stadium and will kick off at 15:00GMT.