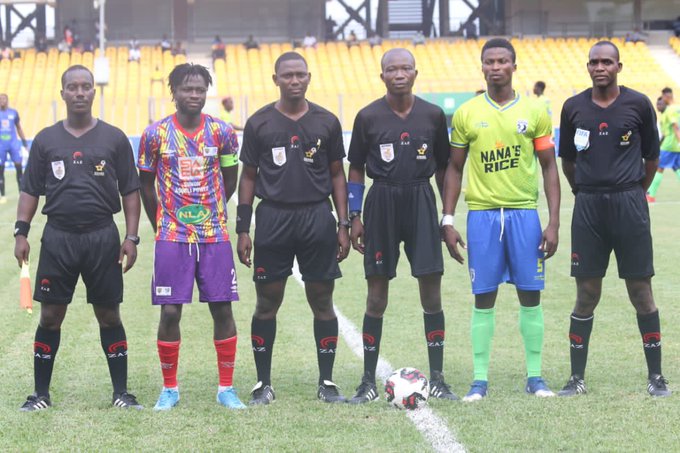 Hearts of Oak failed to close the gap on the league table to catch up with the top four on Sunday afternoon when the team drew goalless with Bechem United.

After being away from the Accra Sports Stadium in the last few weeks, the Phobians today returned to their iconic home grounds to host the Hunters.

In what was a matchday 11 encounter of the 2021/22 Ghanaian top-flight league, Hearts of Oak were eager to secure all three points to catch up with the teams in the top four.

Unfortunately for the side, the opponent, Bechem United proved to be a nut too hard to crack.

Nicknamed the Hunters, the visitors played some impressive football and caused all sorts of problems for the home team.

With both teams' defense standing strong in key moments, the contest eventually ended in a goalless draw as both teams settled for a point each for their efforts.