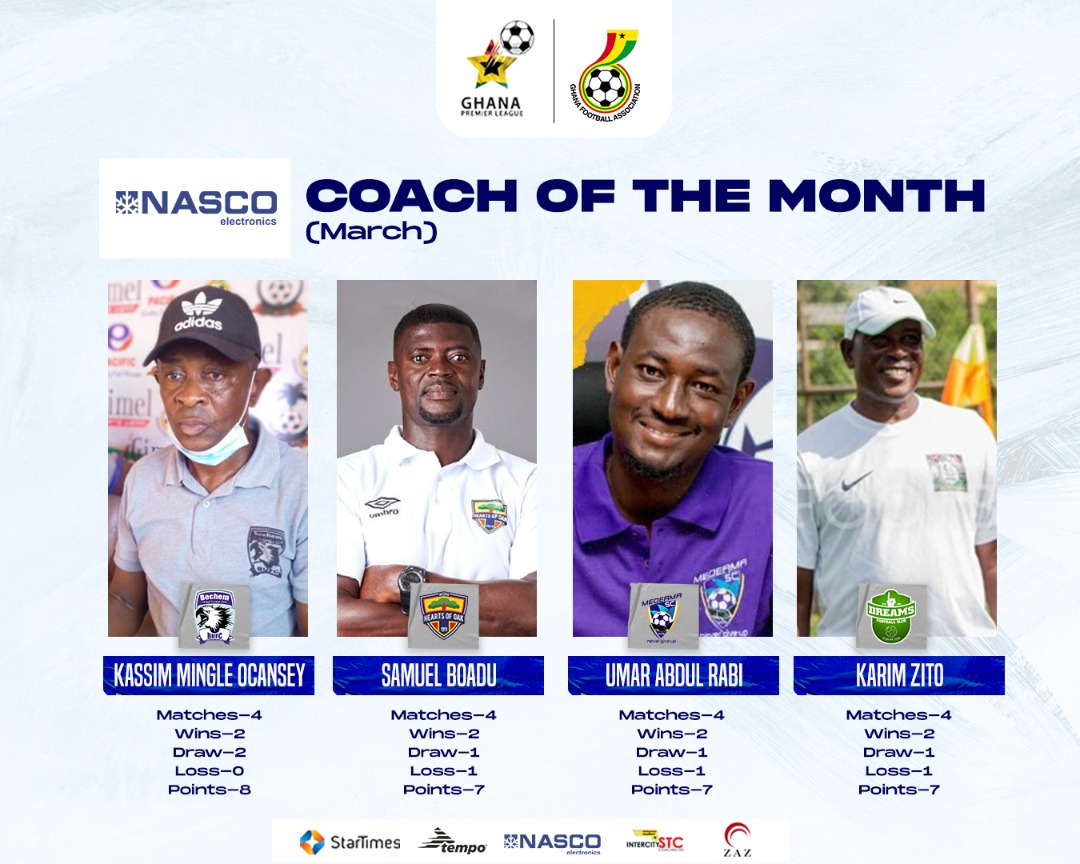 Hearts of Oak head coach Samuel Boadu and three others have been nominated for the NASCO Coach of the Month Award for March.

Abdul Karim Zito, Samuel Boadu and Umar Abdul Rabi  all won two matches, drew one and lost one out of four matches they managed.

The winner will be announced on the next edition of GFA News.