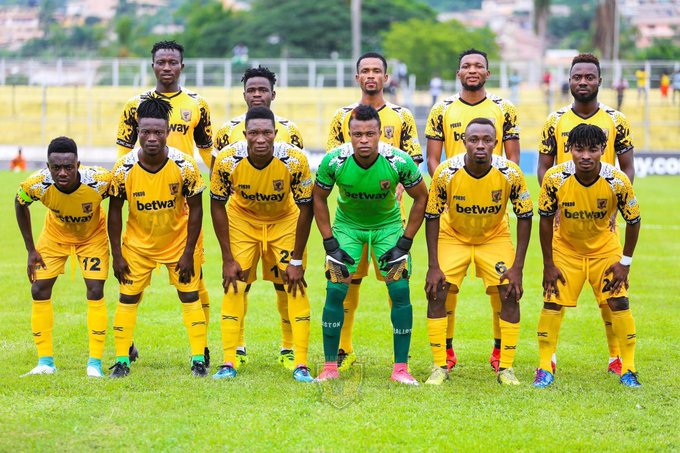 AshantiGold aim to put an end to their three game winless streak as they take on Ebusua Dwarfs in Cape Coast.

The Miners were held to a 0-0 draw by Asante Kotoko in the regional derby during the previous record.

They are still in the conversation for the league title, currently placing 5th with 17 points.

For Dwarfs, a victory will give them a chance to move a step closer into top four. They are currently 13th on the log with 13 points.

The two teams have been pretty even in their last four battles with two wins each.