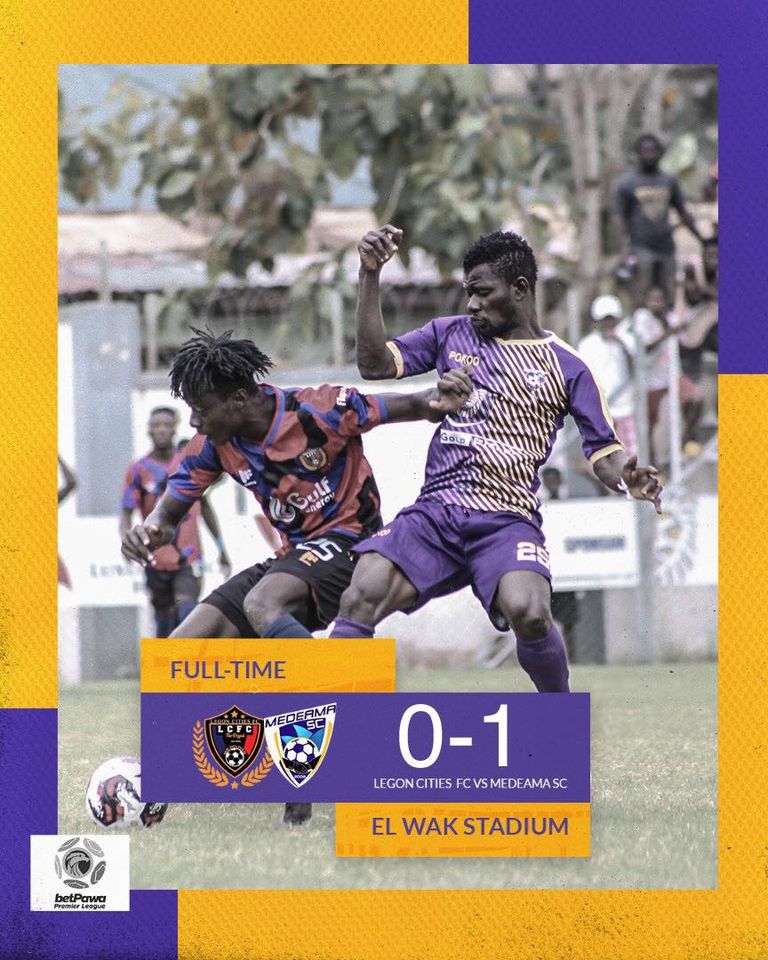 Medeama started the 2022/23 Ghana Premier League with a 1-0 win against Legon Cities on Sunday afternoon at the El Wak Stadium.

Legon Cities largely controlled the first half of the encounter but failed to convert their opportunities, despite a stunning save by goalkeeper Kofi Mensah, who was making his debut.

After halftime Medeama increased the pressure on Legon Cities which paid off in the 69th minute.  Kofi Asmah scored with a powerful header for the Yellow and Mauves.

Michel Otou and defender Michael Ampadu were both sent off in the 79th minute. They were sent off for violent conduct.

Medeama nearly doubled their lead but Legon Cities goalkeeper Sylvester Sackey was alert to save the shot.

Medeama is 2nd with 1 point on the league table while Legon Cities is 15th with no point. The Royals will face Tamale City in their next game while Medeama will take on Real Tamale United.